Misha Collins Gives Out Number On Twitter, Typing ‘Too Tedious’

Actor Misha Collins is one quirky dude, proving it again most recently on Twitter, when he gave out his phone number.

The 38-year-old Supernatural actor is also well known for the work he does with GISHWISHES, described as “the greatest international scavenger hunt the world has ever seen.” A few days ago, he was answering questions about the scavenger hunt on Twitter: 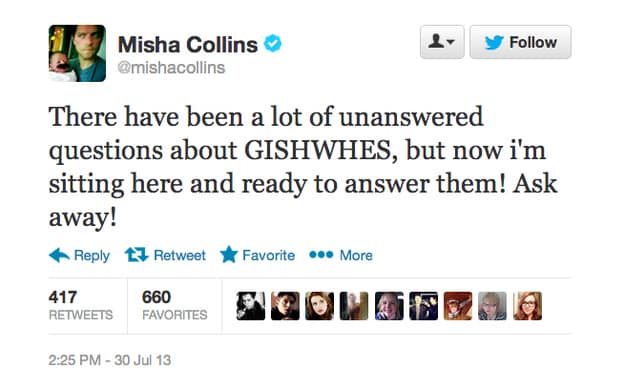 But then he was apparently overwhelmed with the response he was getting, and opted for a more direct approach. 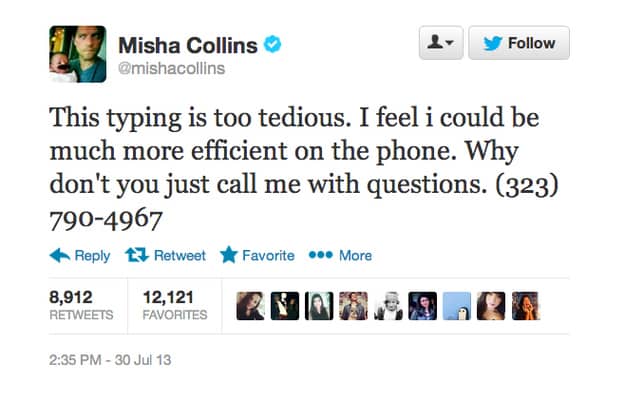 The few fanboys and girls who managed to survive the heart attack kept the phone ringing off the hook. But as BuzzFeed points out, it probably wasn’t Collins’ personal number, rather a temporary one set up through Skype or Google Voice. It has since been disconnected.

Still the handful of folks who managed to get through and actually chat with Misha Collins and/or trade a few texts with him … let’s just say it didn’t take much. 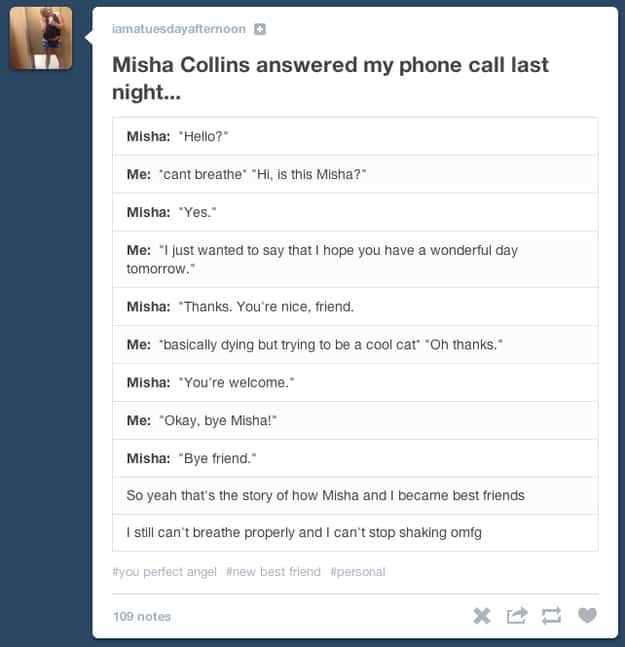 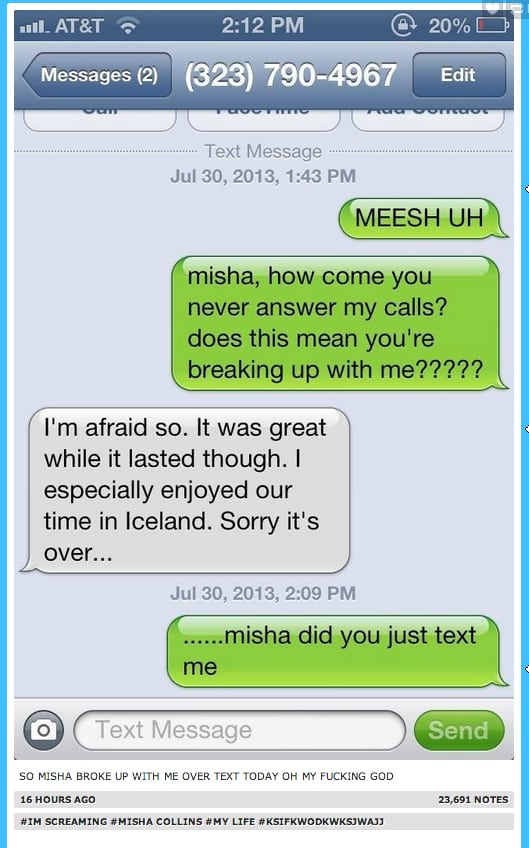 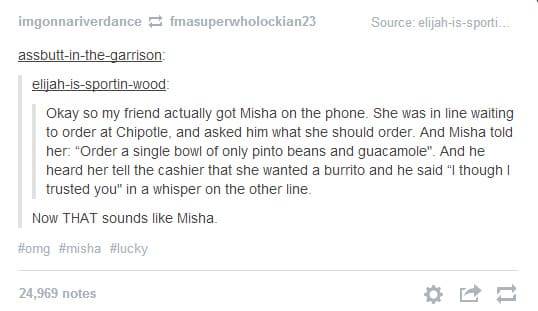 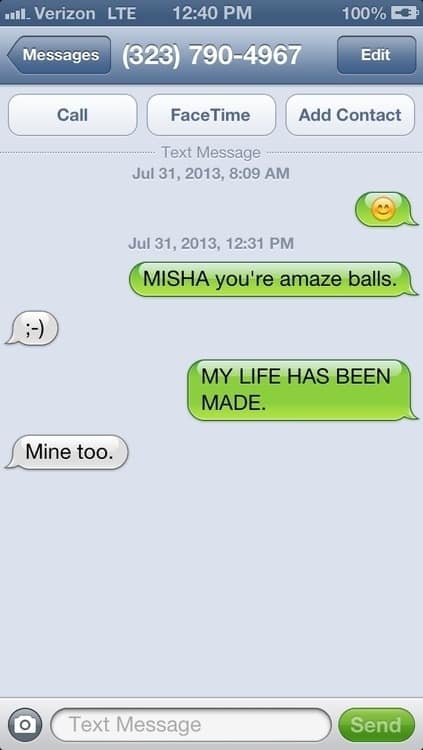 You can check out more of Misha Collins’ correspondences with his fans here.