There was a mini Sandlot reunion this week in Salt Lake City.

Patrick Renna (Ham), Chauncey Leopardi (Squints), Shane Obedzinski (Tommy ‘Repeat’ Timmons) and Marty York (Yeah Yeah) got together in Salt Lake City to play a little baseball and watch the classic movie for the 20th anniversary of The Sandlot.

20 years ago standing in this same spot. Rebuilt the #sandlot. Thanks for the memories @DMESandlot pic.twitter.com/Ufnxi1kVXQ

The actors played some baseball with the Salt Lake Bees little league team on the original field from the movie. Mickey Evans said that the field looked exactly as he remembered it. Evans said: “Everything we’re standing near is exactly where it was. Just on the money.”

This isn’t the first Sandlot reunion this year. Some of the actors also got together in May to watch their film on the jumbotron at Target Field.

Ham’s all tatted up! How the times have changed.

The guys also had some face time with Minnesota Twins players during the event and their meet-up was posted via Instagram: 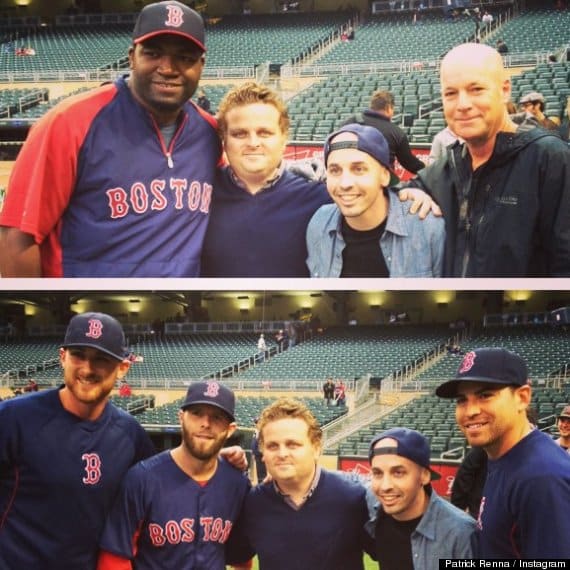