JWoww and Snooki have decided to answer their Pelican Island critics on Twitter, with a general tone of “Lol problem?” in their tweets.

JWoww and Snooki are shopping for a new locale to film their spinoff show, and have been thinking about a nice spot on Pelican Island. Problem is, the residents are doing everything in their power to keep the former Jersey Shore stars out.

Ron Gasirowski, a local attorney, has become sort of the face for the crusade to keep JWoww and Snooki out, and is currently trying to figure out how to keep the girls out by the power of the law.

“This is in a residential zone and use of it is very restrictive,” Gasirowski said.”They didn’t disclose to anyone what they were doing there. People first became aware of this when they started to see trucks and equipment being delivered to the site.”

MTV has to go through the proper channels before they just settle in, and even then, they might not be able to stay. City Council president James Byrnes said that he has nothing against the Jersey Shore alums, but implied a personal belief that the very apocalypse follows these girls everywhere they go.

“For her to bring her family and stay there is a great thing,” he said. “But the timing’s not right, and the commotion of just the show, what the show causes, is outrageous.”

Meanwhile, JWoww and Snooki are tweeting to their combined 10 million followers, wondering what all the hubbub is about.

Insult my son fiancé, and I will go mama bear on your ass. #family #myeverything

Then, Snooki was all “STFU Pelican Island.”

If my “actions” like playing with my son is bringing the wrong “crowd” , obviously we are on too different pages here.I stick up for my fam

Do you think that Pelican Island residents are overreacting a bit to JWoww and Snooki’s potential residency there? Or do these two gals truly herald the end of days? 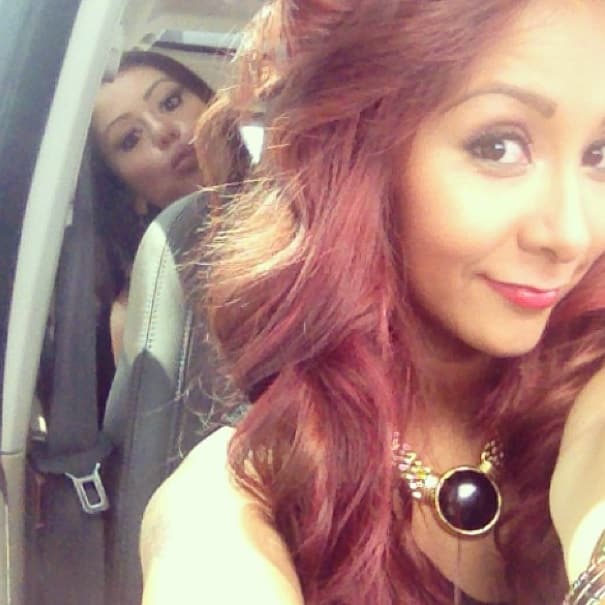