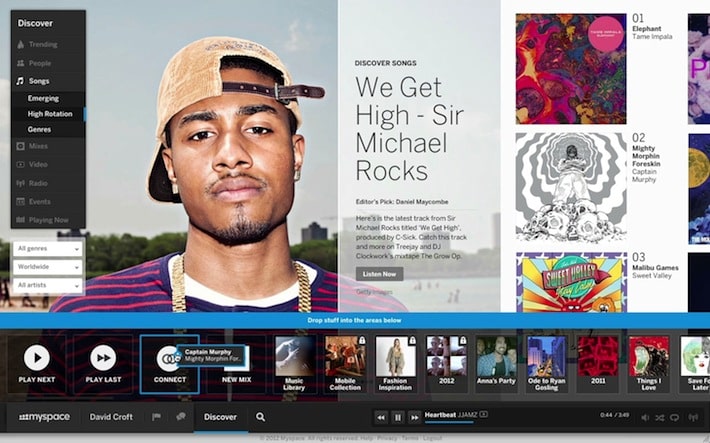 Myspace removed six years worth of blogs when the social network relaunched a new look, new focus, and new owners. Now one month after the websites $20 million facelift users are crying foul.

In order to shed its dated image Myspace deleted user blogs which had been maintained by many users for upwards of six or more years.

While Myspace has fallen from a peak of 125 million users to around 25 million today those users have been loyal Myspace subscribers for many years.

Unfortunately for loyal Myspace users its sleek new makeover includes the deletion of blogs, videos, private messages, and both posts and comments without prior warning.

Since the deletion of the Myspace blogs users have started a thread called ‘I want my blogs and classic myspace back.’

At the heart of the argument is the following message to Myspace executives:

“You have stolen 6 years of blogs and something that is priceless to me and cannot be replaced.”

One Myspace user who loyally posted to her Myspace blog since the beginning writes:

“Openly and freely I shared intimate moments that can not be relived or retold for they where experienced. I would revisit myspace religiously because of my blogs… Myspace did an ultimate back stab.” [sic]

“Change isn’t easy and there has been a lot going on lately. We understand that this information is very important to you. Please understand that your blogs have not been deleted. Your content is safe and we have been discussing the best ways possible to provide you your blogs.”

It’s not clear at this time if Myspace will restore the blog posts, allow users to download their prior posts or perhaps create a transfer program for Tumblr, WordPress, or another blogging platform.

Do you think Myspace should restore user blogs or has the networks focuse changed so much that the user generated content no longer makes sense?