Congratulations Michelle and Barack Obama, you’ve made it into the ugly club. Amanda Bynes handed out her go to insult to the Obamas this weekend on Twitter.

Michelle and Barack Obama shouldn’t feel too bad about Bynes’ insult. After all, Bynes thinks that pretty much everyone in the world is ugly. Yes, even Drake. Bynes, who recently called Drake the most “gorgeous” man on earth, also thinks that Drake is ugly. Rihanna, Courtney Love, Jenny McCarthy, Miley Cyrus and Jay-Z have also felt the wrath of Bynes “ugly” insult. 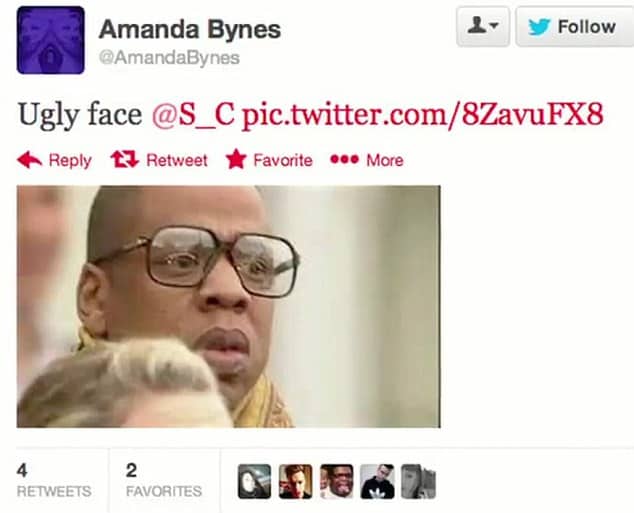 It’s unclear what the Obamas did to warrant the insult but it may have something to do with the fact that President Obama did not intervene when Bynes got arrested for a DUI. 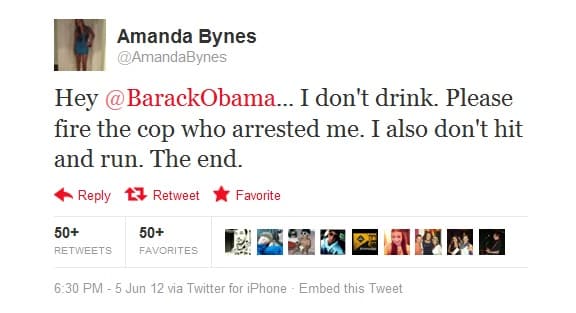 Do you think President Obama should be flattered about being invited into Amanda Bynes’ ugly club? And don’t worry, you’ve been invited into the club too!

I feel like I’m being punked by the amount of hate from ugly dudes and women. I don’t know you and don’t know what you’re talking about!