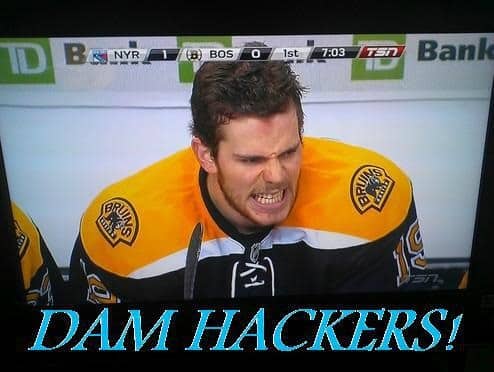 If you’re a hockey fan, you’re probably familiar with the Dallas Stars’ newly acquired forward Tyler Seguin. If you don’t know him from his tenure with the Boston Bruins and wanted to know a little bit more about him, a good place to start would be Twitter.

If you went there Saturday, you may have seen this:

Off to a great start, kiddo.

Seguin’s team said in a statement Sunday that they had “addressed the issue directly” with their newest player, who deleted the tweet quickly after it was posted.

He put up his own apology on Twitter, explaining that he had been hacked by jerks who are trying to “damage” his reputation. What’s more, Seguin implied that this wasn’t the first time his account has been compromised.

Do you think that Tyler Seguin was responsible for this “anti-gay” (the phrase being used by other publications, not us) tweet? I actually believe that he was hacked. If he’s actually gay, I don’t picture that being his coming out.