Lindsay Lohan Thanks Fans For #happybdaylilo Tweets From Rehab

It’s Lindsay Lohan’s 27th birthday today, only this year the troubled actress is spending her special day in rehab instead of the club. Still, she took time to reach out on Twitter to thank all of her dedicated fans for tweeting her happy birthday wishes using the hashtags #happybdaylilo and #teamlohan.

This might be the first year in a long time that Lindsay is coherent enough to actually read the birthday messages sent her way on Twitter. Don’t get us wrong, we’re thrilled she’s getting sober and think her next comeback will actually stick.

But it’s kind of a beautiful thought, thinking of Lindsay Lohan sitting in a common area or patio at Cliffside Recovery in Malibu, smoking a cigarette, and reading through her @ Connect log to see all of the well-wishes she is being sent on her road to recovery.

Celebs rarely actually interact with their fans on Twitter, being inundated with incoherent praise, incoherent criticism, and shameless begging for follows, but Lindsay heard everyone’s birthday wishes and thanked them for their overwhelming support.

She also even re-tweeted a fan who put together a sort of Lohan collage with an even weirder dedication:

“happy birthday to the best mommy anyone can ever ask for ❤ you truly are such a role model and inspiration to me ☺ thanks for making me the crazy bitch i am today!! happy 27th hope it’s fab because you deserve it.” 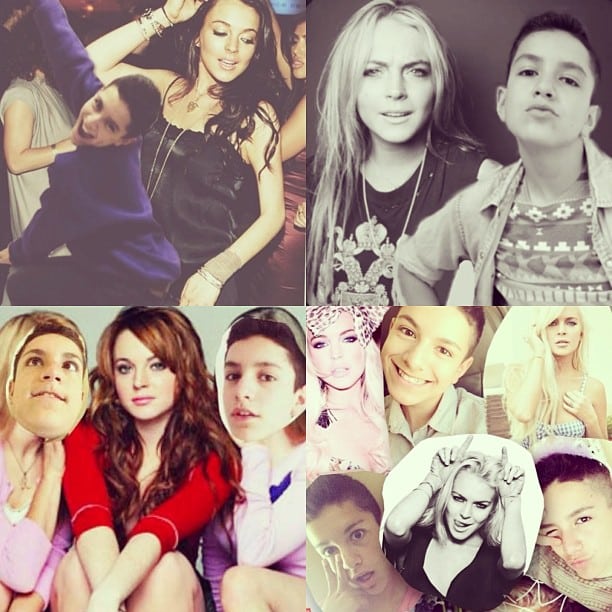 This message and collage are brought to you by Anthony Spears, a mid-level YouTube celeb with a pretty impressive following on Twitter.

It’s kind of hard to explain who or what he is without getting into some serious YouTubing, but so far as we can tell he’s more or less an up-and-coming Perez Hilton/Chris Crocker who likes Lindsay Lohan and Britney Spears.

In fact, the two have traded tweets recently:

@LOHANTHONY watch it kid, and thanks for the bday wishes <3 L

Before I go. Thanks @LOHANTHONYhttps://t.co/nxahToHdqN#happybdaylilo#teamlohan

“Thanks and good effort, weirdo” or “Thanks my dear friend :,*” we have no idea. But I think I might be interested to talk with this Anthony Spears kid (if you’re listening).

Anyway, did you tweet Lindsay Lohan a happy birthday today?