The Hogan family had a pretty good time in Las Vegas this weekend. Dallas Cowboys center Phil Costa proposed to Brooke Hogan on Saturday night which prompted father Hulk and the rest of the family to go out and celebrate.

Brooke writes on Instagram: “Happiest moment of my LIFE. I am marrying my best friend. I woulnt choose anyone else. I am so lucky and so grateful.” 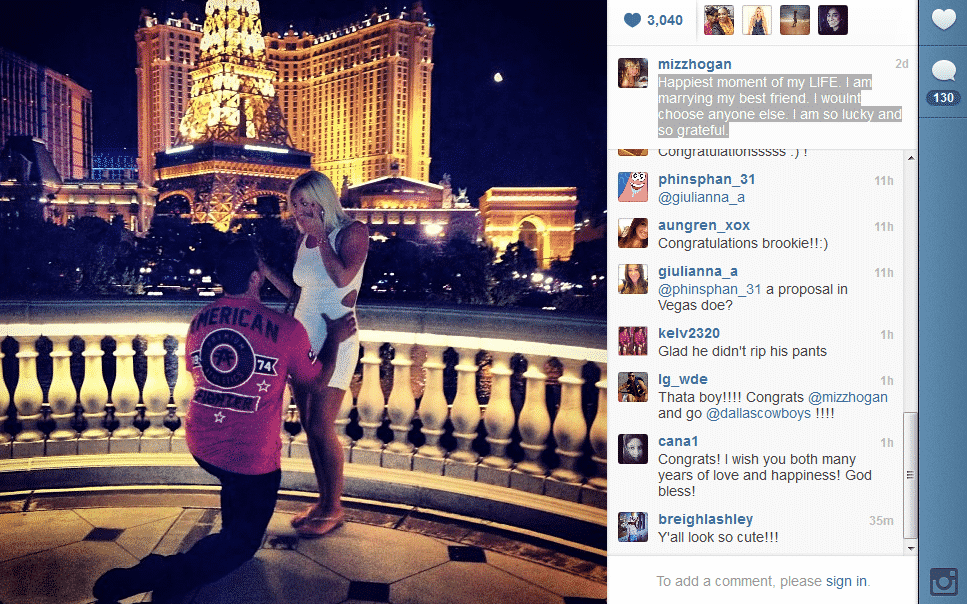 And that looks like where things went down hill for the Hulk. After a night of celebrating, Hulk wrote on Twitter that he felt like he had been hit by a truck.

Where’s the truck that ran over me twice? Hogan and Vegas doesn’t work brother HH

Hulk hasn’t commented directly on his daughter’s engagement but I’m guessing that he’s thrilled to have a new son-in-law. After all, it’s pretty clear that Brooke can fend for herself. 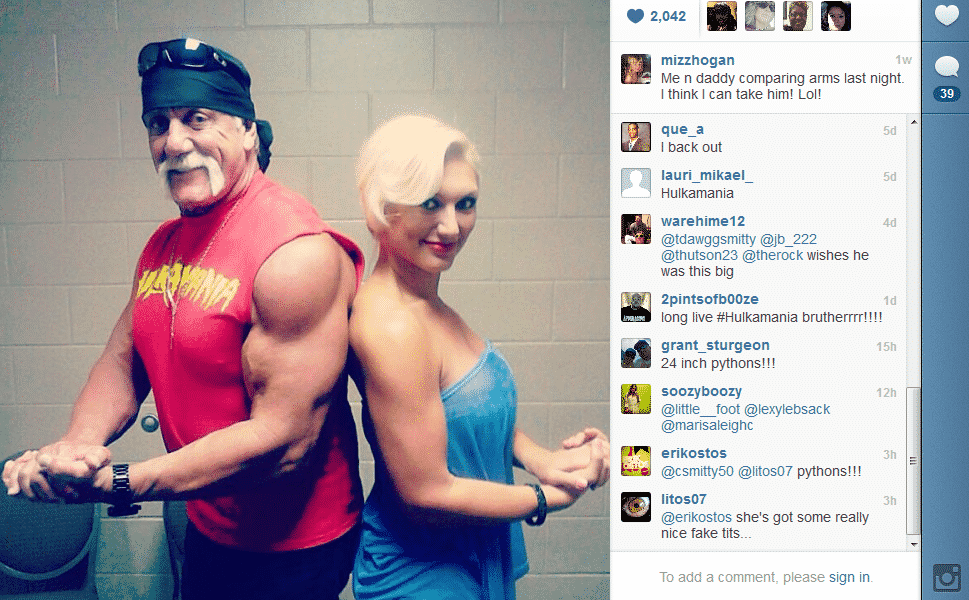