Lolo Jones Says Zimmerman Witness Is Like ‘Madea Goes To...

Oh, Lolo Jones. We know she’s a good athlete and she’s probably a good person, too. But someone needs to keep her from making jokes on Twitter.

During the trial of George Zimmerman on Thursday, Jones weighed in on the testimony of witness Rachel Jeantel, tweeting that she wants to sell DVD copies of it under the title “Madea Goes To Court.” 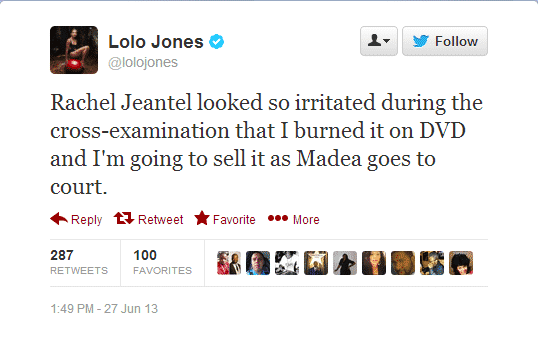 It was Jones attempting to add some humor to a tense situation as she has done in the past, but it very rarely works out for her. Not too long ago, she shared a Vine poking fun at her dismal paycheck for months with the U.S. bobsled team in an attempt to show us (the audience) that Olympic athletes aren’t as well-compensated as we might think.

The sports world criticized her for it, and pointed out that her check is actually higher than average.

Here’s what we think happened with Lolo Jones’ joke-gone-wrong. Anyone following the trial knows that Jeantel’s testimony has been a bit unconventional, and there have been a number of quirky, “sassy-black-lady” moments on the part of Trayvon Martin’s friend and the last person to speak to him while he was alive.

Let’s set aside for a moment that this is a murder trial and give Lolo the benefit of the doubt. She probably thought it was just a cute joke about a quirky witness. But what she likely didn’t realize is that there are a ton of racists online giving Rachel Jeantel the nth degree of nastiness. 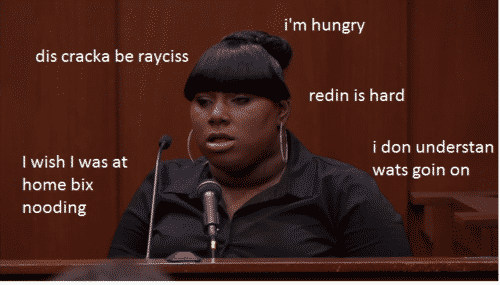 Rachel Jeantel is suppose to be the prosecution’s most creditable witness??? LOL #ZimmermanTrial pic.twitter.com/soATsiqYw4

Why’s Rachel Jeantel allowed to be an ignorant hostile racist? Too many excuses for her and people like her. 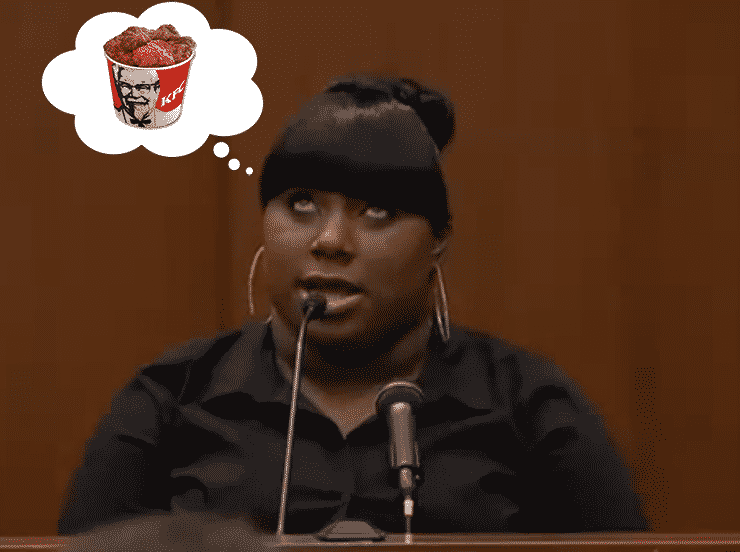 Yeah, Rachel Jeantel is kind of a thing on the Internet right now. Some people are lauding her as the witness that will sink the defense. But as you can see, there are plenty of folk out there just being downright nasty about her. So it’s probably kind of hard to pluck the sarcasm out, Lolo.

Look, Lolo Jones. We get it. But you’re probably just going to have to admit to yourself that you’re “that guy” with the bad comedic timing.