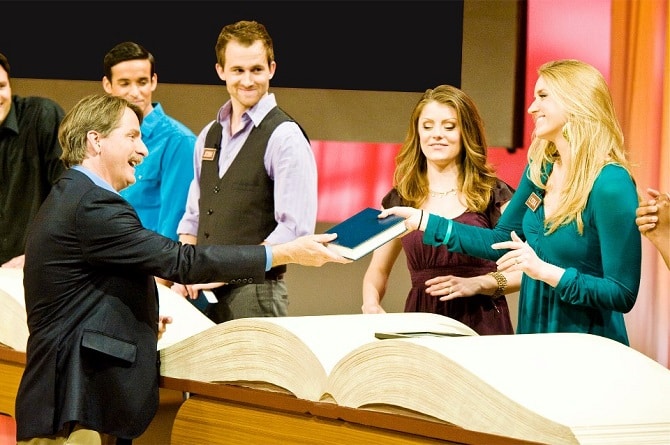 If you’ve seen something titled “A Country Founded by Geniuses but Run by Idiots” full of political jokes and attributed to Jeff Foxworthy, don’t share it unless you make it explicitly clear that Foxworthy didn’t say any of it.

The post usually includes a photo of Foxworthy, and follows the format of his famous “… you might be a redneck” set. Por ejemplo:

“If you can get arrested for hunting or fishing without a license, but not for entering and remaining in the country illegally — you might live in a nation that was founded by geniuses but is run by idiots.”

“If you have to get your parents’ permission to go on a field trip or to take an aspirin in school, but not to get an abortion — you might live in a nation that was founded by geniuses but is run by idiots.”

According to Snopes, this originated and was circulated early in 2013, though it is making the viral rounds yet again after being posted by conservative Facebook groups like “Breitbart – One Voice Silenced, Millions Awakened” which boasts over 100,000 fans.

The list was also published in February, though under the more honest heading “Channeling Jeff Foxworthy,” to politicallytrue.com. The article claims contents are copyrighted by Fritz Edmunds, but even he clarifies that he cribbed most of the material from a chain email.

Now, no one is telling you that you can’t like the ideas presented in that post. But I am telling you they didn’t come from Jeff Foxworthy.

Snopes says that Jeff’s brother, Jay, denied that the famous comic had anything to do with the “A Country Founded by Geniuses but Run by Idiots” material. Even if you don’t believe that, you won’t find a single video of Foxworthy delivering that skit, nor will you find a single interview where he says any of the political one-liners listed there.

Try sitting down with the search engine of your choice and looking for it. You won’t find it not because Google is run by liberal granolacrats, but because results are based on traffic and hits – so if this viral post is big enough to get thousands of hits on Facebook, a hypothetical “Jeff Foxworthy original” wouldn’t be that hard to find.

In fact, with the regularity that political groups seize upon sound bites and the like, it’d be right on top.

Further, while Foxworthy has supported conservative politicians (including Mitt Romney in 2012), and is a devout Christian, his stand up is almost completely devoid of politics. That’s because he’s a comedian and his job is to entertain. If his career boiled down to a glib political joke, he’d be a Fox News pundit.

Oh, and did I mention that his name has been attached to other such lists in the past? There’s even a “You may be a Muslim” version.

Just this week, lawmakers approved a bill establishing the District of Columbia (D.C.) as the 51st state of the United States of America. This is after multiple calls and protests from the citizens to finally consider D.C. as a state.  However, the bill is not out of the woods yet as it faces multiple oppositions… END_OF_DOCUMENT_TOKEN_TO_BE_REPLACED

John Bolton’s new book entitled ‘The Room Where it Happened’ had been stirring up quite the attention since it was announced for release last week. Officially released only June 23, the new book seems to threaten the Trump administration as there had been moves to get it unpublished. The request was later on turned down… END_OF_DOCUMENT_TOKEN_TO_BE_REPLACED

Learning about the Juneteenth Holiday The Juneteenth holiday, celebrated every 19th of June, is a commemoration of the liberation of enslaved African-Americans in the United States. It was on the 19th of June 1865 when Union Army General Gordon Granger announced General Order No. 3 in Galveston, Texas officially emancipating slaves in the entire state.… END_OF_DOCUMENT_TOKEN_TO_BE_REPLACED