by James Kosur 11 years ago10 months ago

When Israel-based entrepreneur Avi Charkham realized he had various social media accounts that weren’t being monitored for third-party access he decided to do something about it. Charkham quickly realized that many of us grant access to our social media accounts on a daily basis, yet checking who still has access can be time consuming since each account must be accessed individually.

Speaking to Mashable Charkham says of the program:

“I kept connecting to services, and one day I was looking for the list to remove some of them, I found that Facebook hid them behind four or five links…and thought to myself, ‘There’s no way people can find this.’ Two clicks I could live with, but four or five made it clear they were hiding it.”

The site can be found at mypermissions.org and cleaning up permissions takes about 2 minutes to complete, far faster then navigating through who knows how many confusing interfaces to reach the same goal.

Here’s a screenshot of all the included networks you can currently manage with MyPermissions: 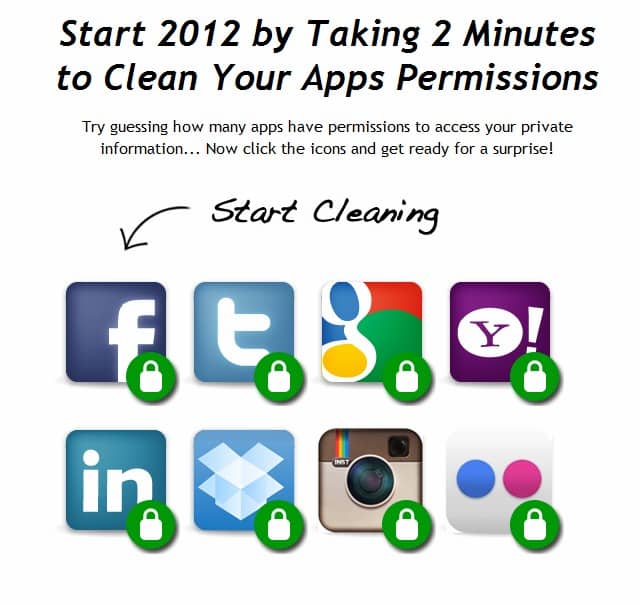