by Dan Evon 9 years ago4 months ago

Facebook is reportedly working on a new mobile reader that will look similar to Flipboard. 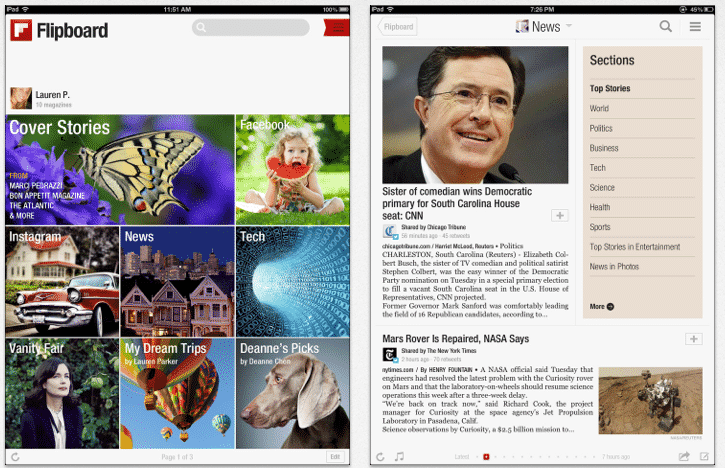 Facebook doesn’t have any plans to release its Reader just yet but the company has reportedly been working on the project for a little over a year.

Facebook’s stock is still 35% below its initial-public-offering price and the company is looking for ways to get people more engaged with the site. They recently unveiled a hashtag feature, similar to Twitter, and added a video feature to Instagram. With the Facebook Reader, the company is hoping to engage it’s mobile audience to create more opportunities for advertising.

Josh Elman, a venture capitalist who previously worked on products for Facebook and Twitter, told the Wall Street Journal: “The opportunity to own the place where people go for long-form reading is a very large opportunity, especially for advertising.”

The Facebook Reader will have some stiff competition against apps like Flipboard and Pulse but Zuckerberg is hoping to make Facebook “the best personalized newspaper in the world.”