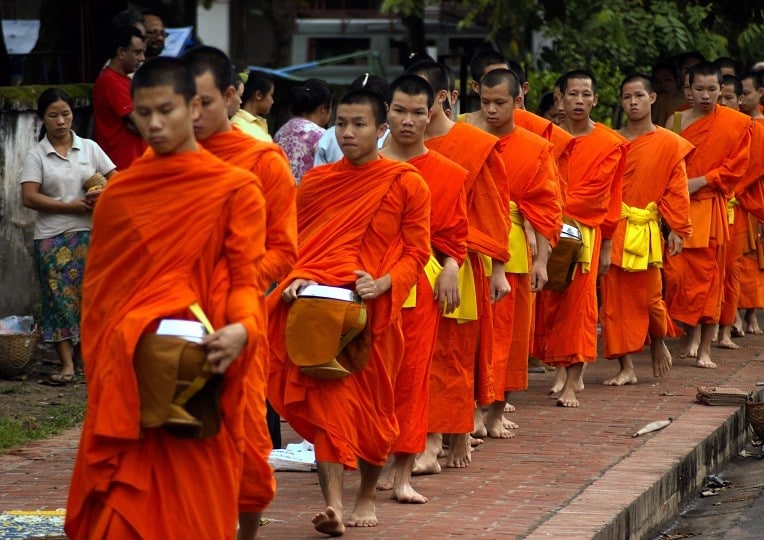 Buddhist monks are currently being monitored by Thailand’s Buddhism governing body after several of them were seen using a private jet and other luxury items in a recent YouTube video.

Nopparat Benjawatananun, the director-general of the Office of National Buddhism, warned monks from the Thai monastery not to engaged in such behavior again. Khantitham Temple administrative officer Monruedee Bantoengsuk confirmed the story with The Associated Press. However, details about the monks’ trip on the jet have not been revealed as of this writing.

The video, which you can find embedded below, shows several monks wearing sunglasses and wireless headphones while riding in what is being described as a private jet. The clip also shows the monks carrying luxury travel bags.

Although the Buddhist monks on the private jet are being described as “holy men,” the Bangkok Post suggests something a bit more sinister might be afoot.

According to a villager who lives near the temple, many people reportedly steer clear of the area because they suspect the monks are involved in suspicious activities. The person said army officials are often seen coming and going from the temple, and abbot Luang Pu Nenkham uses police escorts whenever he travels.

There is also said to be a helipad located outside of the temple. The multiple donation boxes near the temple are registered to Khanti Dhamma Kaowna Company Limited, which specializes in selling Buddhist relics.

What do you think about the Buddhist monks who used a private jet and other luxury items during a recent trip? Do you believe these individuals should be punished for their behavior?

The US arms sale industry is large and successful. More than 30% of exported weapons in the world come from the United States. They supply to no less than 90 nations making it one of the largest suppliers of weapons in the world. The US makes an estimate of almost 200 Billion dollars in annual… END_OF_DOCUMENT_TOKEN_TO_BE_REPLACED

Now that the election results are almost final, we all want to ask what’s going to happen to Donald Trump after leaving the office? All US Presidents inevitably reach the point where they leave the White House.  Besides, the constitution states that all US Presidents are subject to a two-term limit. What do former presidents… END_OF_DOCUMENT_TOKEN_TO_BE_REPLACED

This is the first time in modern history that the US held presidential elections in the middle of a pandemic. In truth, the US elections may have overshadowed COVID-19 and the side effects are limitless. America is facing a tough crisis of discontentment with the current administration. An understandable case but a situation that may… END_OF_DOCUMENT_TOKEN_TO_BE_REPLACED