by Dusten Carlson 9 years ago5 months ago

You may have run across a few tweets this morning claiming that Steve Irwin’s daughter died. We’re pretty sure you figured it out on your own, but Bindi Irwin, the 14-year-old daughter of the crocodile hunting great, is alive and well.

Essentially, what you’re looking at is a “trends hiccup” of some kind. Most online writers create content by observing trends (I’m doing it right now with the trending keyword/phrase “Steve Irwin daughter dies,” you just can’t tell).

Anyway, this isn’t a death hoax like the ones we’re accustomed to lately wherein the Global Associated News kills our favorite celebs in the exact same skiing accident (and we fall for it every single time).

Anyway, Bindi Irwin is alive and well. As you can see though, a ton of old news stories are popping up about her: One, she was out promoting her new filmReturn to Nim’s Island in March, and new photos had emerged of an “all grown up” Bindi (one of which is up top).

Two, she got into a curious spat with former FLOTUS and Secretary of State Hillary Clinton over a 1,000-word conservation essay she penned herself all the way back in January. The essay was re-worked (though there’s doubt over how much Hils had to do with it) and heavily edited, and Bindi refused to let it go into print.

Because of the “trend hiccup,” those stories, the most recent ones written about Bindi Irwin, are trending again as search engines look for stories to match up with the keyword.

Adding more fuel to the confusing fire, a June 14, 2013 story by the Today News Gazette titled “Steve Irwin Daughter Dies [Hoax]” smartly and unambiguously takes advantage of the “trend hiccup” with their title. While they admit that Bindi is alive and well, they re-hash a Daily Mail story about the teen’s fight with Hillary Clinton which, remember, is from January. Nice try, Stephen Fry!

Anyway, did you think that Steve Irwin’s daughter died? Did you tweet about it? Now’s the time, people. Stop this from becoming a widespread hoax. 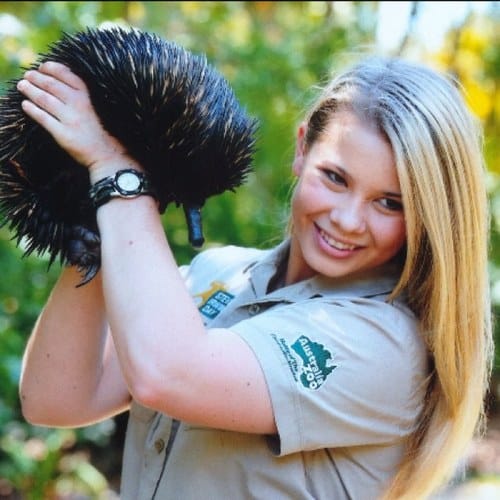