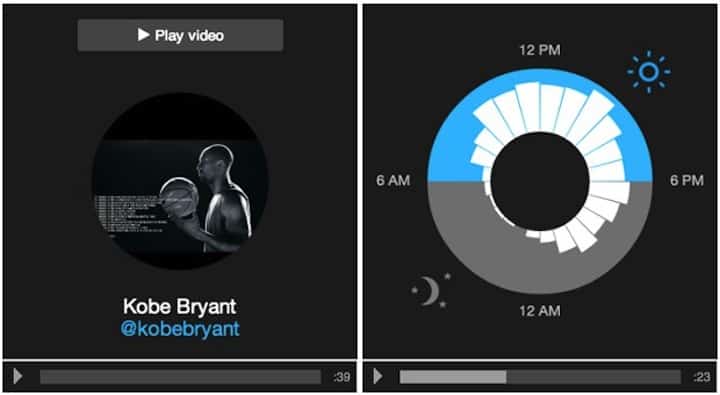 Twitter has licensed music from more than a million songs for use with the new video platform thanks to its partnership with Rumblefish.

The #FollowMe venture has been put into place so users can better express their own individual tweet style.

According to Twitter the platform is powered by Vizify, a startup in Portland that first partnered with the micro-blogging service for the Your year on Twitter project.

Vizify CEO Todd Silverstein says his company pulls in social data to create a type of “about.me on steroids.”

#FollowMe videos are HTML5 friendly which means they will play equally well on desktop PCs, smartphones, tablets, and other HTML5 supported devices.

Users who want to use Twitter’s #FollowMe platform can simply grant Vizify third-party app access to their Twitter account. Once a user finds their customized video they can add any music or pictures they choose.

Unlike the Twitter Vine platform there are no time limits with #FollowMe.

About time to start the #NBASMA‘s tonight on @nbatv. Before we get going, check out some of my Twitter highlights vizify.com/stephen-curry/…

Search Twitter for the hashtag #FollowMe to see more examples of the new Twitter video service in action.