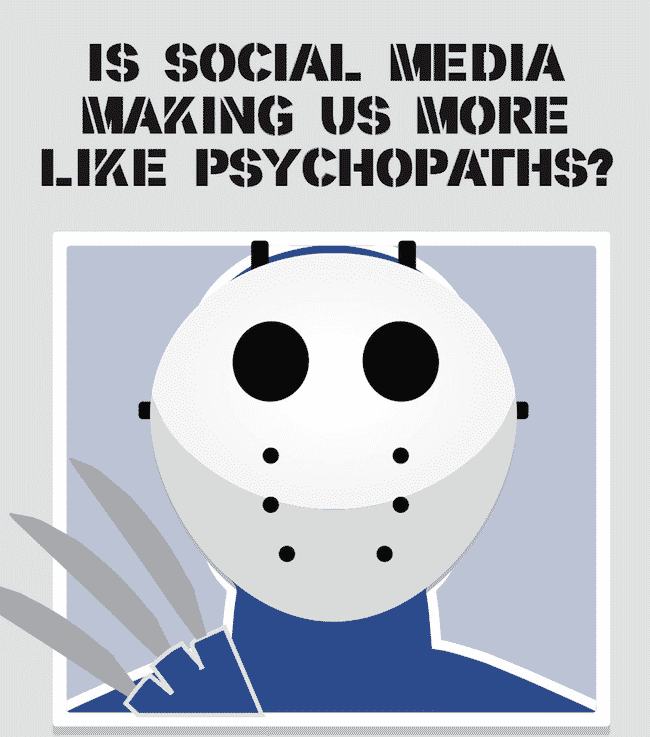 Is our social media use turning us into psychopaths bent on dishonesty and poor behavior – among other problems? A new study by the team at WhoIsHostingThis suggests that social media might be bad for our overall attitude towards social behavior.

According to the company’s research social media users lie more than non-social media users and have more vanity. 2,000 women were surveyed in one study used for the company’s findings and 30% of those women admitted to lying about doing something interesting when in reality they were at home alone. The study also found that 25% of Facebook users admitted to falsifying some of their social account data.

The study also found that 42% of teens now admit to being cyber bullied via social networks. Another study found that 28% of kids between the ages of 11 to 16 admit to having been bullied online or via mobile phone.

In terms of relationships the study found that 25% of people have had relationship issues because of “confrontational online behavior.”

The study also found a high level of pathological egocentricity as 37% of users constantly change their LinkedIn profiles and 46% admit to regularly Googling their own names. Many users have even admitted to checking social networks when eating dinner with other people at the table.

So are we all turning into psychopaths because of social media use? Probably not, but we do seem to be lying more and hurting our own relationships.

Here is the full infographic:

Seems it was just like yesterday when we all fought over and hoarded HEAPS of toilet paper for no reason at all. All the memories are rushing in as the US suffers from a gas shortage. As expected, gas shortage memes are everywhere to bring light to our currently sad situation. Along the US east… END_OF_DOCUMENT_TOKEN_TO_BE_REPLACED

Israel’s Iron Dome has protected the country against missile attacks for years. The Iron Dome in Israel is the biggest of its kind in the world. No other countries in the world use the same air defense system, meaning it is one of a kind. The tension between Israel and Gaza has been going on… END_OF_DOCUMENT_TOKEN_TO_BE_REPLACED

The world is devastated by the news that Britain’s Prince Philip, the Duke of Edinburgh, has died at the age of 99. Palace media confirms that the Duke has expired mid-day today, April 9th. The announcement did not contain any specifics on the cause of death. The United Kingdom will enter a state of national… END_OF_DOCUMENT_TOKEN_TO_BE_REPLACED