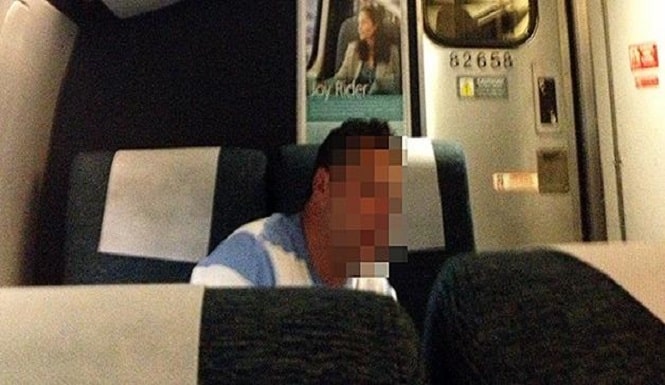 Want to catch your cheating husband? Perhaps you should be paying closer attention to Facebook photo posts.

Two men who were not expecting to be spotted by their wives were caught when a Facebook photograph went viral.

The men were riding on a train and were openly talking about cheating on their wives when a female passenger snapped their photo.

The female train passenger then posted the following caption on Facebook:

“If this is your husband, I have endured a 2 hour train ride from Philadelphia listening to this loser and his friends brag about their multiple affairs and how their wives are too stupid to catch on. Oh please repost …”

Only minutes after the photo was posted it was shared by thousands of Facebook users.

There are still a lot of questions left following the Facebook viral post. We don’t know if the men were caught by their wives and to be quite honest we don’t even know if the story is true.

As public shaming becomes more prevalent because of social media we are all left to question what is fact and what is fiction.

Here’s to hoping this story isn’t fake and a few poor guys weren’t called out for something they never really did.

The Michelle Obama Podcast was released on the 29th of July and can be streamed on Spotify, both for free and premium users. The world is currently hyped that the Former First Lady of the United States has released the first episode of her latest podcast. What made listeners even more excited was when she… END_OF_DOCUMENT_TOKEN_TO_BE_REPLACED

Research in Britain has deduced that there are a total of six “general” classifications of COVID-19 symptoms. The research, originally published in June of 2020, has revealed that the symptoms of COVID-19 can be generalized into six different categories. This is based on the data collected from a symptom tracking app. It has been widely proven… END_OF_DOCUMENT_TOKEN_TO_BE_REPLACED