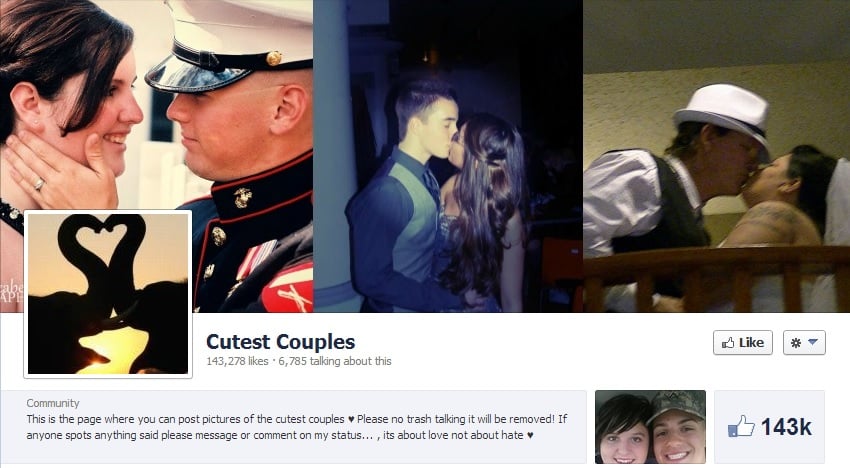 We all have those friends who incessantly post Facebook pictures of themselves with their significant others. Yeah, they’re really annoying, but they might actually be happier than you are if you’re not doing the same, according to a recent study.

New research from UCSF published in Social Psychological and Personality Science found that people who post about their relationship constantly on Facebook are also more satisfied, secure – happy – in their marriages than those who don’t.

It makes sense. If you’re blissfully happy with your partner, you want to record and share everything you do together. If you’re not so happy, you distance yourselves from each other and don’t do much by way of “sharing” things, right?

But what about overcompensating? Could people who post about their relationship/marriage on Facebook constantly be putting on a show and hiding deeper problems? It’s possible, but less likely than you’d think.

“It makes sense that someone who’s happier with their life would post these kinds of pictures to show off their relationship,” said the study’s co-author. “But general life satisfaction and personality traits couldn’t account for our findings.”

Some highlights from the study:

Of course, there are downsides to heavy Facebook use, especially while in a relationship. A University of Missouri-Columbia report said that “individuals who use Facebook excessively are far more likely to experience Facebook–related conflict with their romantic partners.”

Do you frequently update your Facebook with pictures and posts about your spouse? Are you happy with your relationship and/or marriage? Sound off!