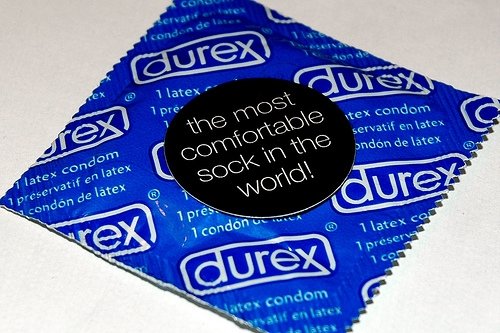 You can’t blame Durex for trying to boost engagement on social media. Studies have shown for years that it’s absolutely crucial to an effective business model. The downside, of course, is that a seemingly clever social media campaign can go terribly awry because … well … this is the Internet you’re dealing with.

To wit, the condom manufacturer started a new social media campaign for an emergency condom delivery service recently, and it was going pretty well for a while. It all went to hell when Durex asked Facebook fans to vote on which city needed the service, called SOS Condoms, the most.

According to Bloomberg, Facebook users decided that the city which needs the rush delivery service most is Batman – not the DC Comics superhero, mind you – the incredibly conservative Muslim province in Turkey.

The locals, as you can image, are pissed.

“I’m Kurdish, and I know how we are, so this is impossible. Our culture is religious,” said Abdurrahman Temelli, a sustainable development consultant from a nearby city.

Social media outreach campaigns can often go terribly wrong thanks to Internet pranksters and trolls, but Durex’s foiled SOS Condoms initiative isn’t the worst example of this phenomenon. Not by a long shot.

McDonald’s suffered the nastiest backlash in recent memory when they tried to engage Twitter users with the hashtag #McDStories which was supposedly meant to create a campfire-stories atmosphere where we could share our favorite experiences involving the fast food chain’s offerings.

It didn’t work out so well.

They pulled the plug a few hours into the campaign for obvious reasons.

In any case, Durex has shut down SOS Condoms. A spokeswoman said that the company’s social media efforts will be moving “on to a new sphere.”

Israel’s Iron Dome has protected the country against missile attacks for years. The Iron Dome in Israel is the biggest of its kind in the world. No other countries in the world use the same air defense system, meaning it is one of a kind. The tension between Israel and Gaza has been going on… END_OF_DOCUMENT_TOKEN_TO_BE_REPLACED

The world is devastated by the news that Britain’s Prince Philip, the Duke of Edinburgh, has died at the age of 99. Palace media confirms that the Duke has expired mid-day today, April 9th. The announcement did not contain any specifics on the cause of death. The United Kingdom will enter a state of national… END_OF_DOCUMENT_TOKEN_TO_BE_REPLACED

Who would have known that religious prophets would be among the most loyal supporters of former President Trump? In fact, it has been observed that the most conservative Christians may have been the right amount of push for Trump’s presidential win back in 2016. Since Trump’s election back in 2016, numerous self-proclaimed “prophets” have been… END_OF_DOCUMENT_TOKEN_TO_BE_REPLACED