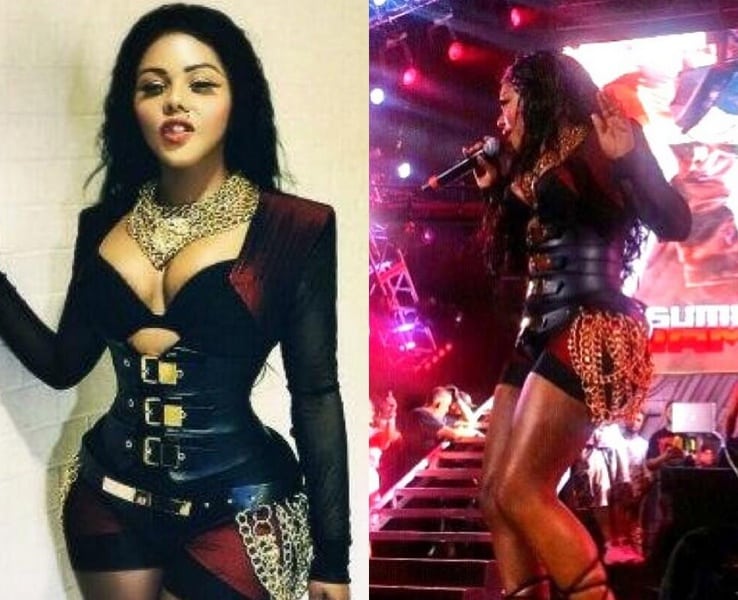 Hip-hop goddess Lil’ Kim was unrecognizable, fans say, at a recent Hot 97 show — but the former flame of the late Notorious BIG and Lighters Up rapper has been on the receiving end of plastic surgery rumors for years.

While Lil’ Kim’s unrecognizable appearance always seems to turn heads, the star may not have had any work done recently.

Kim has been largely out of the spotlight in recent years aside from a high-profile beef with upstart Nicki Minaj (who, let’s face it, basically ripped off Kim’s whole style and look like no one remembers the late 90s) so her appearance isn’t necessarily splashed all over the place — but the star’s alleged new look was a big shock to many fans.

“We would like to inform fans, the media, and the general public that this is nothing more than a blog site doing its best to conjure up much needed publicity … What better way to do so, than to take an American music icon and create a fictitious platform in which to disrespect and humiliate.”

We’re Team Queen Bee all the way, but what do you think of Lil’ Kim’s look at the Hot 97 show?