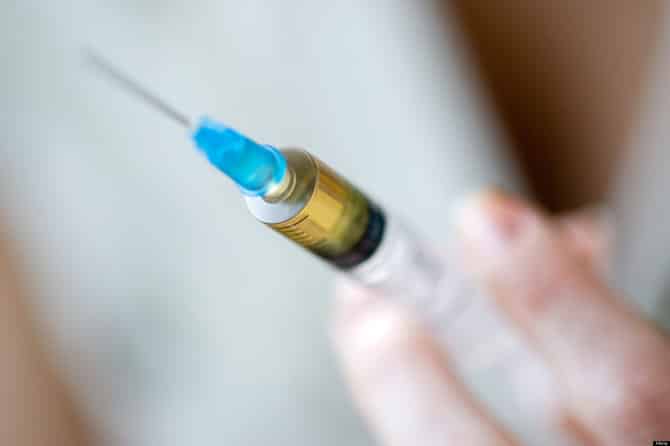 Want to share information about vaccines and vaccination related news stories? A new study suggests that Twitter is the most popular and reliable source for vaccine related information.

Researchers at the University of Texas tracked vaccination-related tweets and found vaccination based messages across 9510 posts.

The group coded the tweets for frequency of sharing , tone toward vaccinations and links to sources such as news outlets, advocacy groups, or healthcare providers. The group then determined if each tweet was based on scientifically substantiated information.

According to the study 33 percent or 2,580 tweets carried a positive tone about vaccines. 54 percent of all tweets were neutral in nature and 13 percent carried a negative tone toward vaccinations.

14 percent of tweets contained medical information and two-thirds were backed up by substantiated scientific research.

The most popular Tweets according to the study involved a potential children’s malaria vaccine, the breast cancer vaccine NeuVax E-75, a herpes vaccine for women, a human papilloma virus (HPV) vaccination for boys, a lung cancer vaccine, and a blog post that fully discredited the connection between vaccines and autism.

So who received the most positive feedback for vaccines on Twitter? News and health organizations have received a lot of support while political and advocacy groups have fared less favorable.

The researchers also note that Twitter is good about mobilizing support for vaccines by reaching out with reliable health information which is oftentimes used in educational campaigns.

Do you think Twitter is a good source for vaccination information and other medical advice?

The world is currently crippled by a global health pandemic. However, more and more catastrophes seem to be continuously tormenting the world. Threats of a recession, unemployment, and illness do not seem to be enough punishment for mankind. Explosions, threats of war, and accidents are happening. What is worse is that there are natural calamities… END_OF_DOCUMENT_TOKEN_TO_BE_REPLACED

The Michelle Obama Podcast was released on the 29th of July and can be streamed on Spotify, both for free and premium users. The world is currently hyped that the Former First Lady of the United States has released the first episode of her latest podcast. What made listeners even more excited was when she… END_OF_DOCUMENT_TOKEN_TO_BE_REPLACED