Stewart, who has been traveling around the galaxy for decades, has somehow managed to avoid New York pizza. But today the 72-year-old actor indulged in a slice of pizza.

It’s hard to tell where Stewart decided to have his first slice of pizza but the odds are that it was somewhere in Brooklyn. The actor moved into Park Slope last Summer but apparently hasn’t had time to check out any of the local eateries until today.

Patrick Stewart may be new to eating New York pizza down but he has already mastered the New York pizza fold. That’s something that even Donald Trump, a longtime New York resident, still has trouble with.

Sir Patrick Stewart, by the way, has one of the most entertaining celebrity Twitter accounts on the planet. Not only is his Twitter handle Sir PatStew, but this is his profile picture. 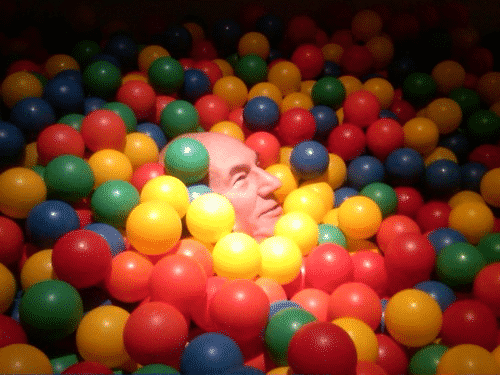