Watt responded to a public message written to him on Facebook in January, inviting him to meet Itzy Cagen, a huge fan of the Texans defensive end.

Nurse Eran Melnik wrote the message, which described that Cagen is a quadriplegic after being injured in a hit-and-run accident as a toddler. Over the past couple years, he has become one of Watt’s biggest fans.

Many were touched by the post, and it quickly went viral with the help of big names like Jenny Johnson (that comedian who hates Chris Brown) tweeting a link to the post to her hundreds of thousands of followers.

It finally reached Watt’s attention in May, when he wrote a simple “We will make this happen” as a response to the post.

And make it happen, he did. Watt and Cagen met Monday. Are you ready for your “awwww” moment of the day? 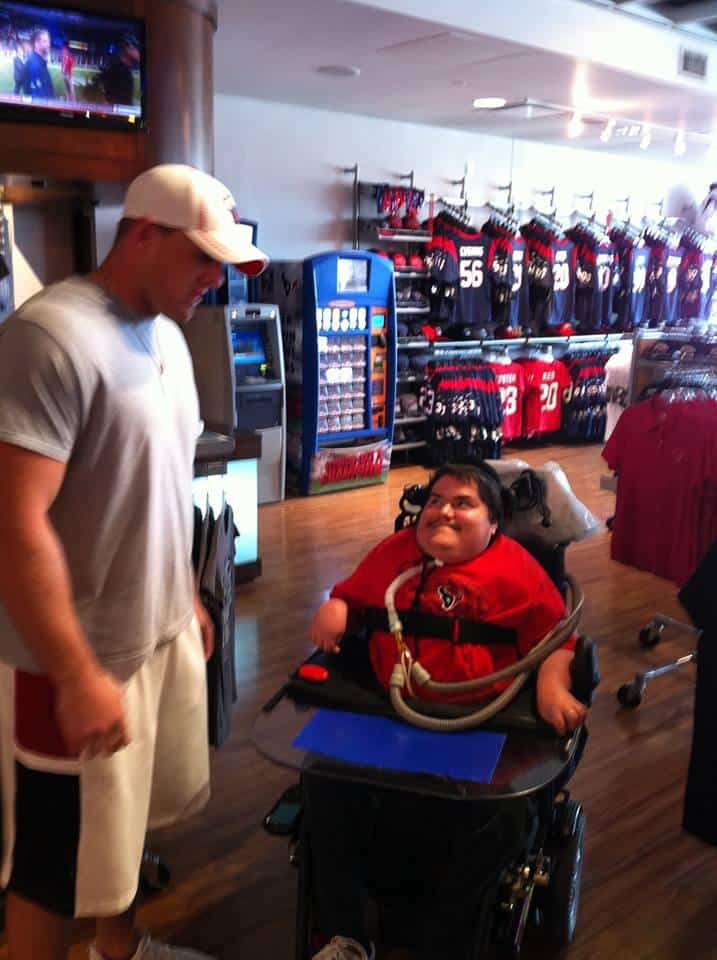 Along with the photo, Melnik wrote a follow-up after the meet: “Thank you so much JJ Watt for taking the time out of your busy schedule to make Itzy extremely happy!!”

“@dannycagen: Thank you @jjwatt for taking time to make my brother’s day! twitter.com/dannycagen/sta…” <- it was my pleasure. Hope he enjoyed it!

Though this is certainly touching enough, this isn’t even the first time J.J. Watt has gone out of his way for a fan. Mere days ago, he made a house call to a sixth-grade cancer patient:

Honored that Cristian named his robot after me. Thankful for the technology allowing him to attend school from home twitter.com/JJWatt/status/…

And in January, he “married” a six-year-old fan after her mom posted a video you YouTube explaining how heartbroken she was at being too young to marry him.

Thanks to your help, we found 6-year-old Breanna and she said yes to being my pretend wife for the day… twitter.com/JJWatt/status/…

What do you think of J.J. Watt’s latest gesture?