Twitter Secures ‘Pull Down To Refresh’ Patent, Promises Not To...

The ability to “pull down to refresh” a webpage is now owned by Twitter. The company on Tuesday confirmed that it has secured the rights to the technology via a brand and new and accepted patent filing.

Yahoo has filed an Innovator’s Patent Agreement which means the social network would only sue other company’s who claim the patent infringes on one of their own.

The technology was originally created by former Twitter employee Loren Brichter. Twitter before suing another company would have to receive permission to sue by way of Brichter’s own decision. Brichter left Twitter to focus on the popular game WordPress.

Twitter is encouraging other companies to follow suit by protecting their own IP while allowing its use by other organization. 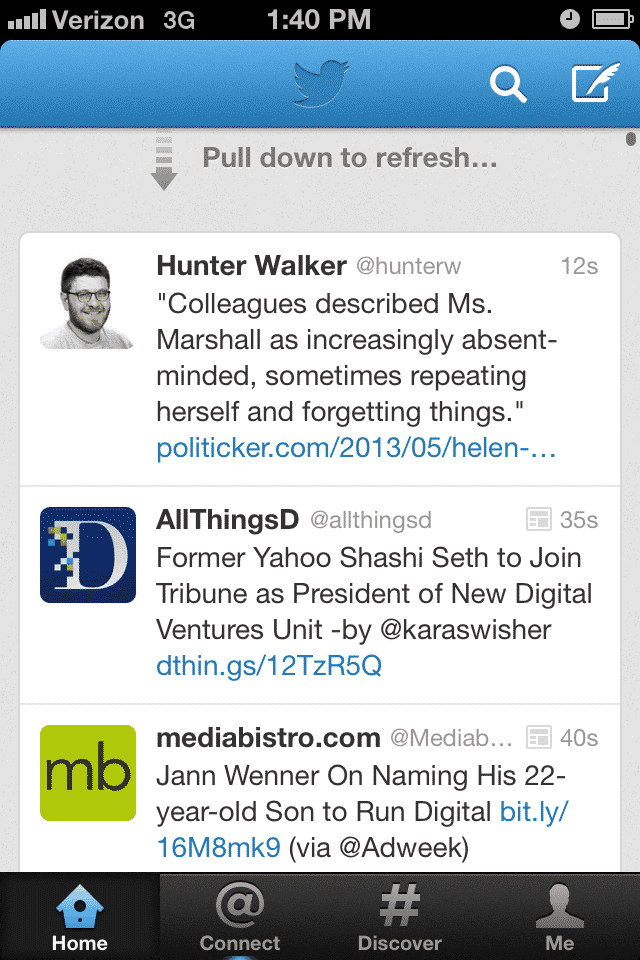