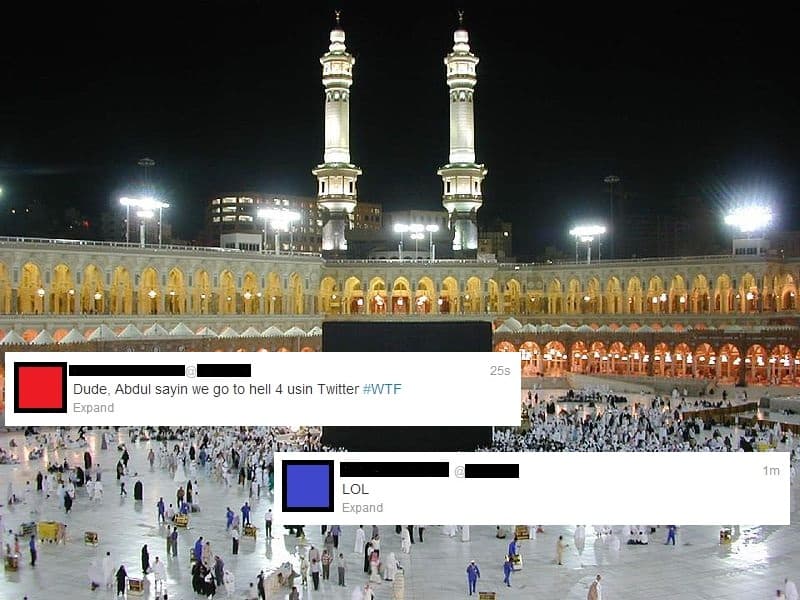 Stay off Twitter, or your soul is forfeit. While most Internet users already understand this to be true, a top Saudi cleric has gone ahead and made it honest-to-goodness religious truth.

Abdul Latif Abdul Aziz al-Sheikh, the senior religious authority in Saudi Arabia, warns against being pulled in by the appeal of the popular microblog. Of course it’s fun, but that’s why it’s a sin. Any Saudi who uses it “has lost this world and his afterlife.” Tell us something we don’t know, pal.

The BBC notes that the cleric’s comments are part of a larger effort by Saudi leadership to suppress the US-based social network. Though plenty of Saudis use Twitter like anyone else does, it has also become an important tool for activists to send human rights and anti-government messages.

This isn’t the first time a Muslim cleric has condemned the use of Twitter, either. In April, Abdul Rahman Al-Sudais (imam of the Grand Mosque in Mecca) called Twitter a threat to national unity, but this is the same guy who has been criticized for openly praying for God to “terminate” all Jews.

But Saudi activists don’t seem too worried about Twitter’s effect on their immortal souls.

“The government cannot follow everybody’s Twitter user name,” a Saudi protester told NPR. “The authorities have to be selective and, hopefully, they don’t select my name.”

What do you think of all this? Will using Twitter damn your soul to hell?