Who is leading on social media among the new shows that the major TV networks officially announced this week?

Though the Marvel Cinematic Universe spin-off Agents of S.H.I.E.L.D. is garnering a very healthy dose of buzz online (much of it concerning the not-so-deceased Agent Phil Coulson), our pals over at Networked Insights analyzed millions of social media conversations to determine the clear “winners” and “losers” of the TV upfront pickups.

Out of all the shows coming to the fall lineups of our major TV networks (CBS, ABC, etc.), you can pretty clearly tell which ones are going to be successful and which ones will likely flop (even though we’re still months away from even seeing an episode) due to social media engagement.

So which new TV shows are driving the social conversation? A few highlights:

“Yes, that’s right. I’m back. I’ll give you five seconds to deal with it.” — Agent Phil Coulson, #SHIELD tmblr.co/Zqk7SxkzohUy

Networked Insights collected the above data from their mobile command unit in real time (up top, you can see CEO Dan Neely playing god with the future of TV).

You can check out more pictures of that here, but let us know what you think…

Which newly-announced TV shows have your attention? Have you been tweeting about them? Also, try not to get too attached, because: 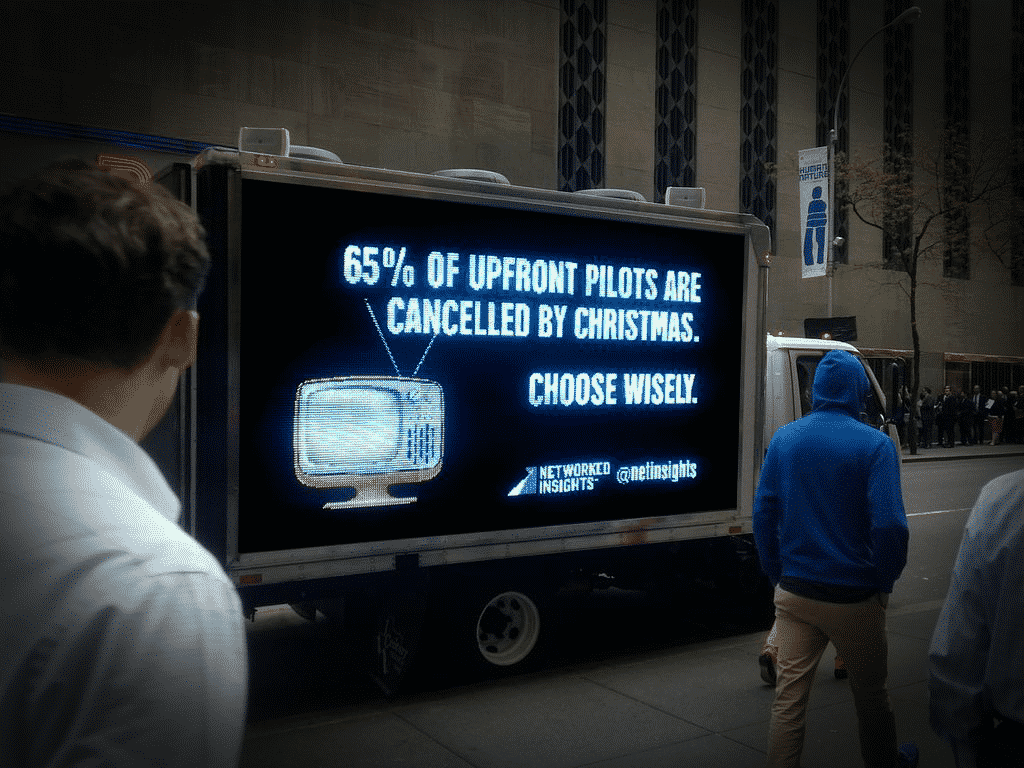