by James Kosur 9 years ago3 months ago

If you browse social networks on a regular basis you have probably noticed that some topics are more popular than others. For example, 10 percent of all posts are centered around sports and health.

The team at social search and analytics company Prollie realized that some social posts and social shares were more highly coveted than others. In response to that realization the team examined more than 5,000 social media user accounts from Twitter, Facebook, LinkedIn, Foursquare, and Tumblr.

Other top areas discovered by Prollie include food, drink and travel which combined account for 25% of all social media posts.

In an examination of broader categories other popular posts arrive in the form of classical music, astrology, and surfing.

While some posts are decidedly niche based it is those topics that prove the true reach of social media.

The study also found that the social network used changed the type of content shared. For example, food, drink, and travel posts are big on Facebook while tech and social media based topics are discussed most often on Twitter.

Here is the infographic which showcases the 16 most shared items on social media: 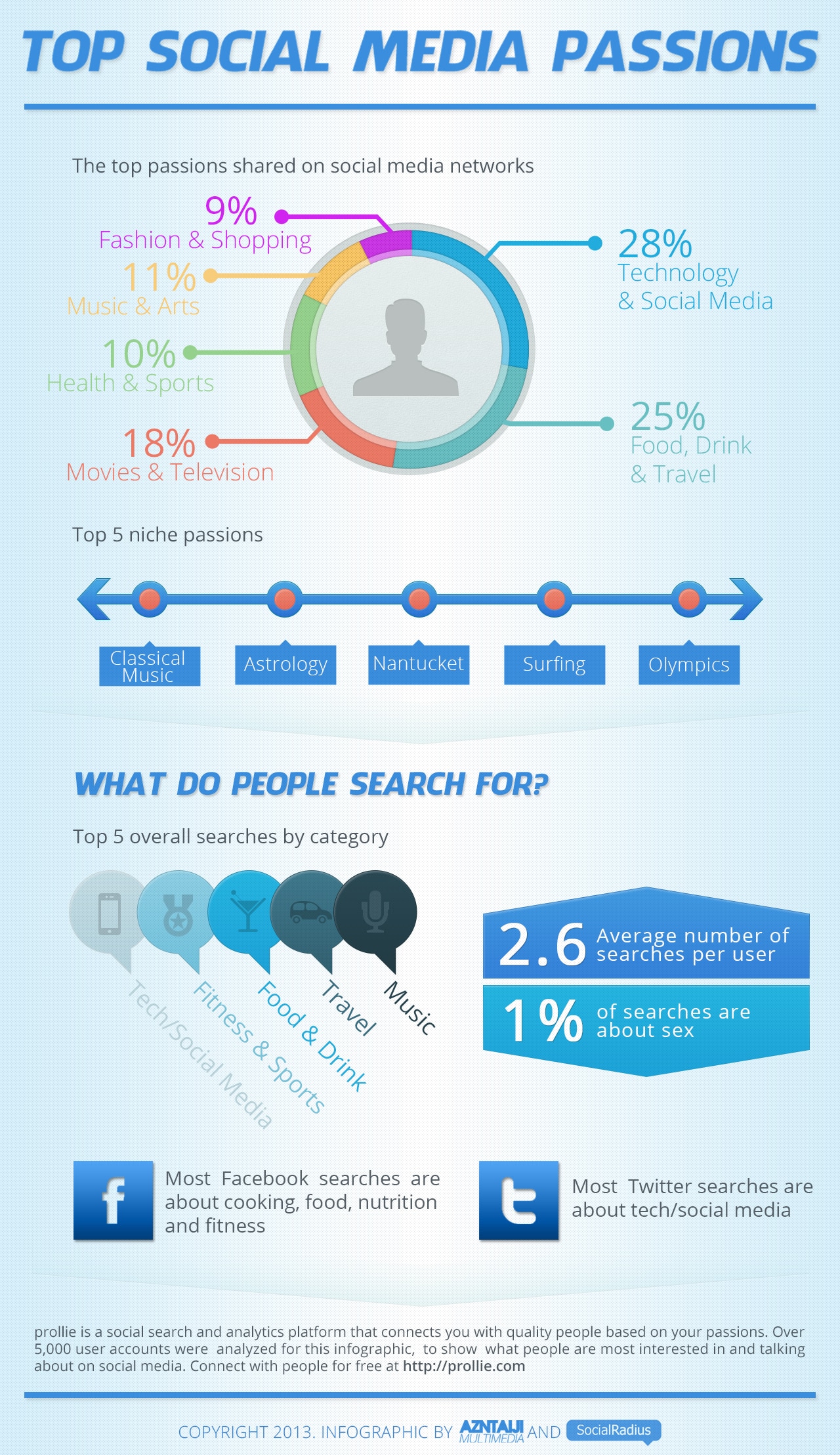