Twitter on Wednesday began rolling out a new HTML5-based version of the Twitter.com website for iPad users.

The new site which is based solely off HTML5 standards and utilizes the iPad touch screen and offers a two column look which makes browsing on tablet devices a far more enjoyable experience compared to the typical Twitter.com output found on the “New Twitter” interface.

Twitter Tweeted (shown above) that the program will roll out to all iPad users over the next week or so.

In the meantime here’s a quick look at the new iPad Twitter.com output: 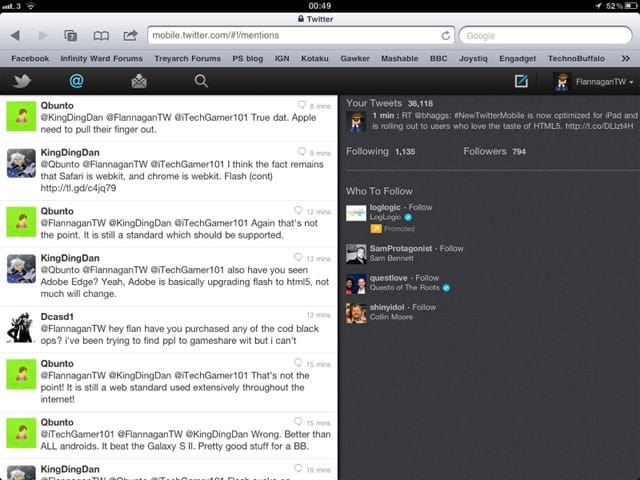 Based off the screenshot the HMTL5 version already seems like a vast improvement over typical tablet output for Twitter users.