In the past Zuckerberg had received four 100% approval ratings in four quarters of operation. In the year leading up to the IPO the Zuck’s rating temporarily fell to 95%. In Q1 2013 Zuckerberg was still sitting at a 96% rating before shooting back up in a recent survey 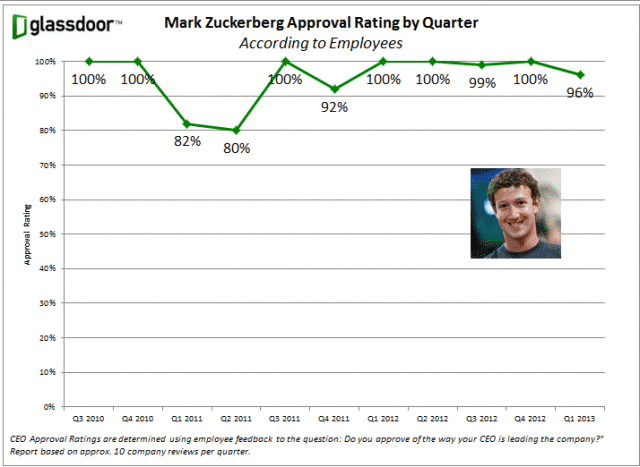 Not only have employees warmed back up to Zuckerberg, in general they are happier at Facebook than they were in the year leading up to the company’s IPO. Employees rank their time at Facebook over the last year at 4.7 (out of 5) compared to 4.6 the year prior. 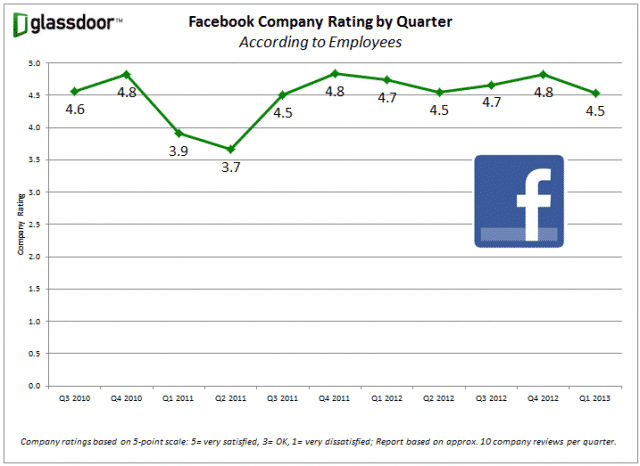 Are you surprised by Zuckerberg’s and Facebook’s high approval rating?