Do you remember Omar Borkan Al Gala, the ridiculously good looking Arab man deported from Saudi Arabia earlier this year for being … well … too handsome? Now Facebook has decided that his sexiness is too much to bear, and has shut him down.

In April, three men were ejected from an annual culture festival in the Saudi Arabian capital of Riyadh for just being too damned good looking. Fearing that female visitors would become burqa-clad sex kittens (seriously, that was the reason) in their presence, festival management had them deported to Abu Dhabi.

Two of the men have still not been revealed, but this blog managed to track down the third. He is Omar Bokan Al Gala, a Dubai-based fashion photographer, actor and poet.

Once his identity went public, his Facebook page was flooded with comments and likes, and he picked up a staggering 790,000 followers.

But now, if you head over to Al Gala’s page, all you see is this: 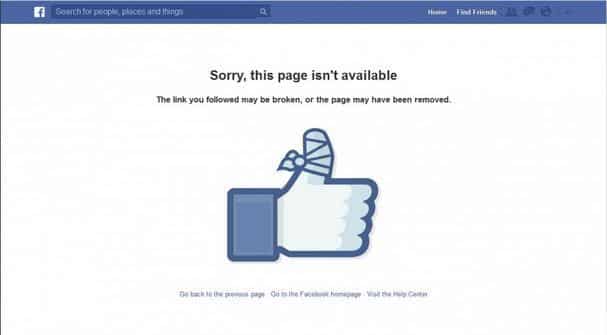 Well damn it, what the hell happened? Did his Facebook page reach critical mass? Was there some kind of spamming going on? Was anything flagged? Does Mark Zuckerberg have secret ties to Saudi oil?

We have no idea, and apparently, neither does Al Gala.

“My previous page has been removed and I don’t know why? Lol” he wrote on his new page. Told you he was a poet.

In any case, he is already quickly making up for lost followers. 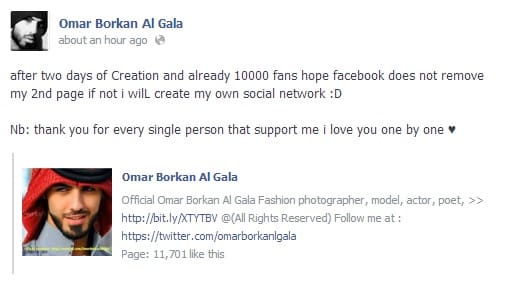 If you want to go and “like” Omar Borkan Al Gala’s new Facebook page, you can do so here. That is, if you don’t think he’s “too handsome” and you can control yourself.