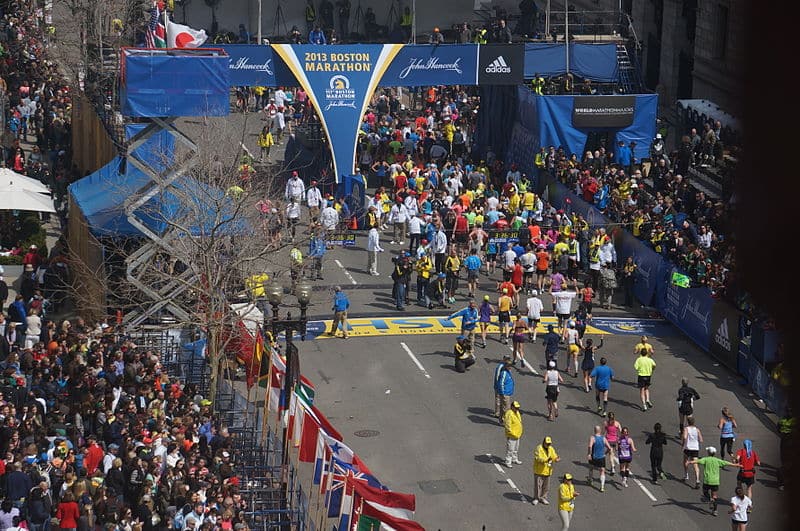 Researchers collected data from more than 750,000 tweets using the word “immigration” starting in February of this year. Jim Witte, director of the IIR, explained:

“The Boston Marathon bombings on April 15, 2013 provided an unexpected opportunity to examine how this event has affected the immigration reform debate. We compared conversations about immigration on Twitter before, during, and after April 15.”

Prior to the bombing, immigration discussions on Twitter were extremely polarized. Conservative groups would debate among themselves as would liberal clusters, with neither side engaging with each other in a significant way.

A third group included a bit of both.

“It’s best described as a mainstream cluster that includes both liberal as well as conservative viewpoints,” says Witte.

“These tweeters tend not to be as extreme, and they have many connections with the two more ideological clusters, which suggests that this the mainstream cluster acts in part as an informational bridge between them.”

The day of the Boston bombings, Twitter conversations on immigration barely budged. “Tweeters in all clusters were tweeting about the bombing in relation to immigration—even though there was not yet any evidence of such a connection,” Witte explains.

Once it was revealed that Tamerlan and Dzhokhar Tsarnaev, both Chechnyan Muslim immigrants, were responsible for the bombing, the mainstream media predicted that the immigration debate in America would necessarily be revisited.

After the bombings, words like “deportation,” “amnesty,” “terrorism,” and “borders” popped up in immigration-related tweets.

“In the short run, we found no indication that this connection has left a permanent mark on the conversation on Twitter.”

Tracking the online discussion over political issues on social networking hubs like Twitter is important, because it allows analysts to better understand the relationship between social media and public opinion.

What do you think? Should the Boston Marathon bombings have an effect on the topic of immigration reform, or are the two unrelated in your eyes?