Social Media Use In The Arab World (Facebook Favored, LinkedIn...

A study performed by Northwestern University in Qatar provided some unique insights into the use of technology, media and social media use in the Arab world.

The comprehensive study was performed in early 2013 in an effort to better understand media in Qatar and to “provide a snapshot of media use in the Arab world.” Researchers gathered survey results from 10,000 respondents in Egypt, Tunisia, Bahrain, Qatar, Saudi Arabia, Jordan, Lebanon and the United Arab Emirates.

For the most part, the study focuses on media: whether or not Arabs watch TV and how much, whether they listen to the radio, read the paper, or use the Internet. It also asked how well they trust their sources of news and information. Most importantly, the survey shows how Arabs use social media, and whether their use of the Internet and social networking dominates everyday interaction and traditional media.

Perhaps the most thoughtful part of Northwestern’s research is found in presentation. They created a website with mini-infographics that visualize the data they collected. Here are a few highlights:

Check out the visualized data below, and let us know what you think! 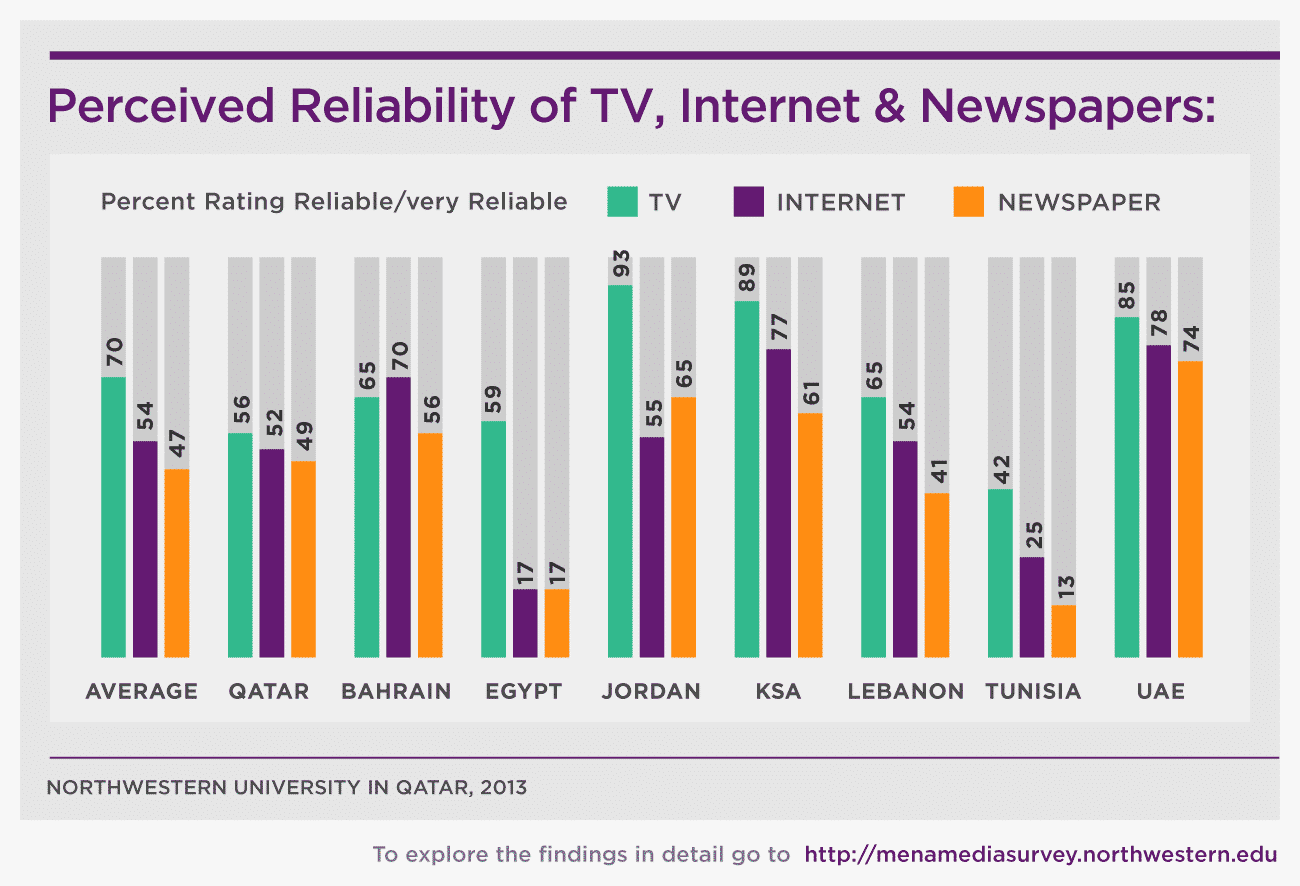 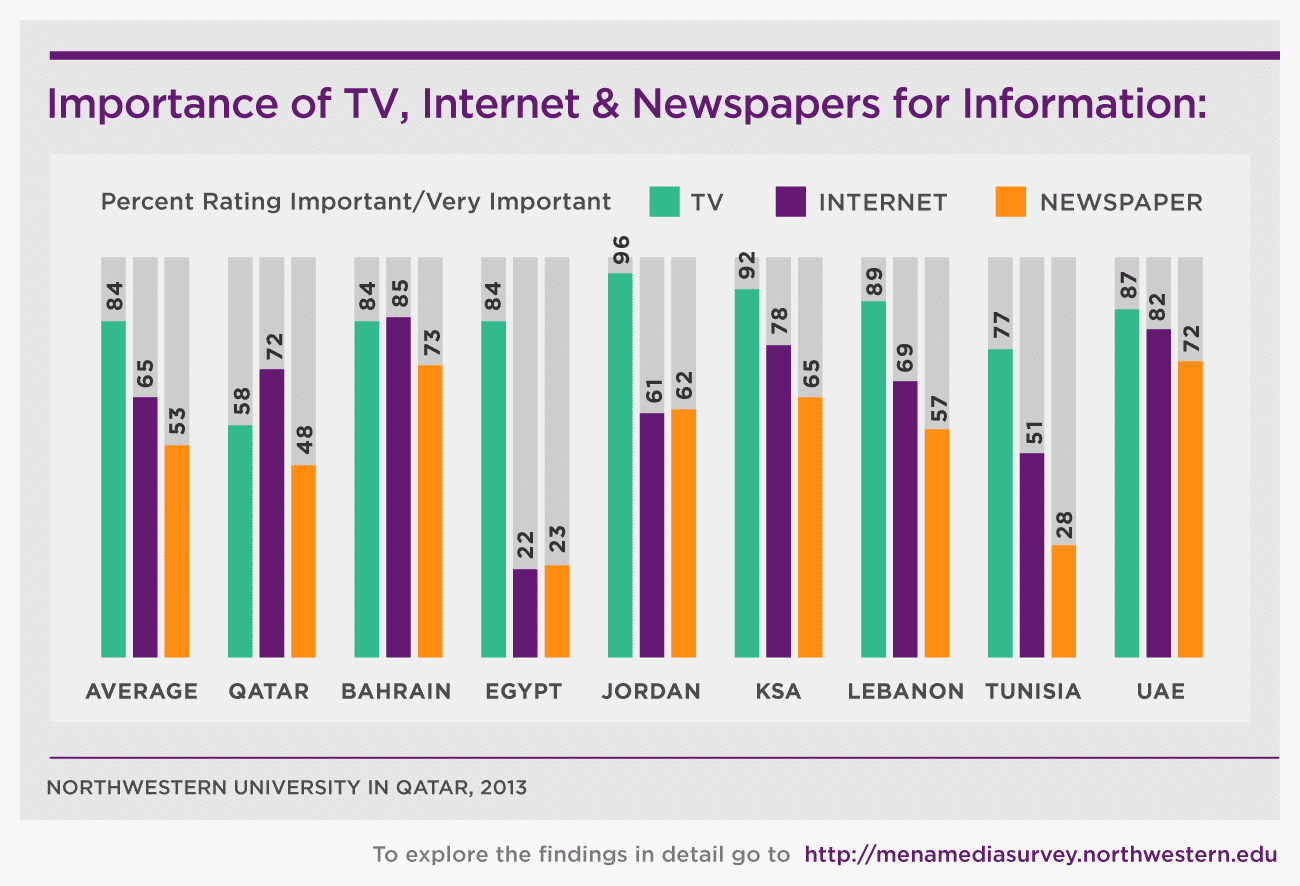 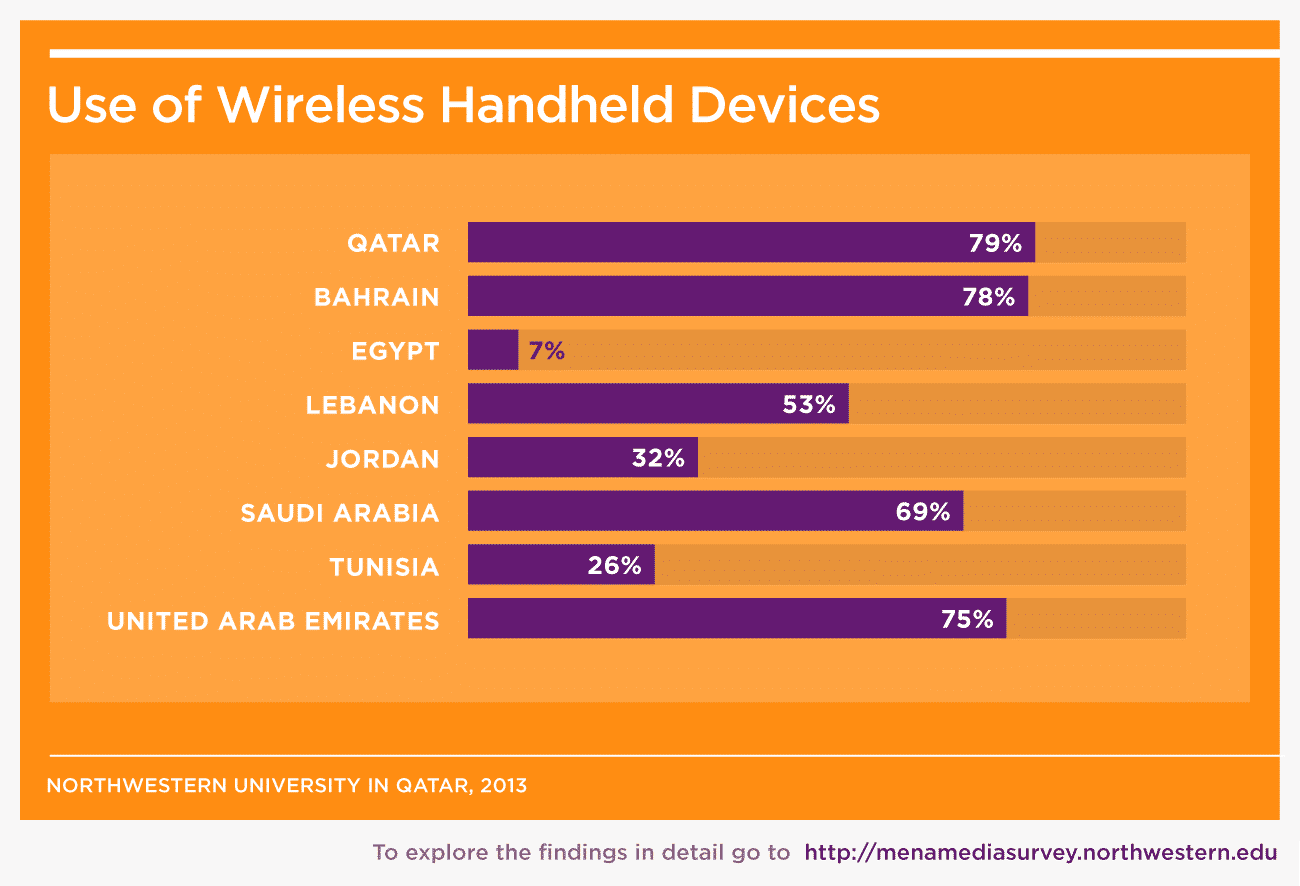 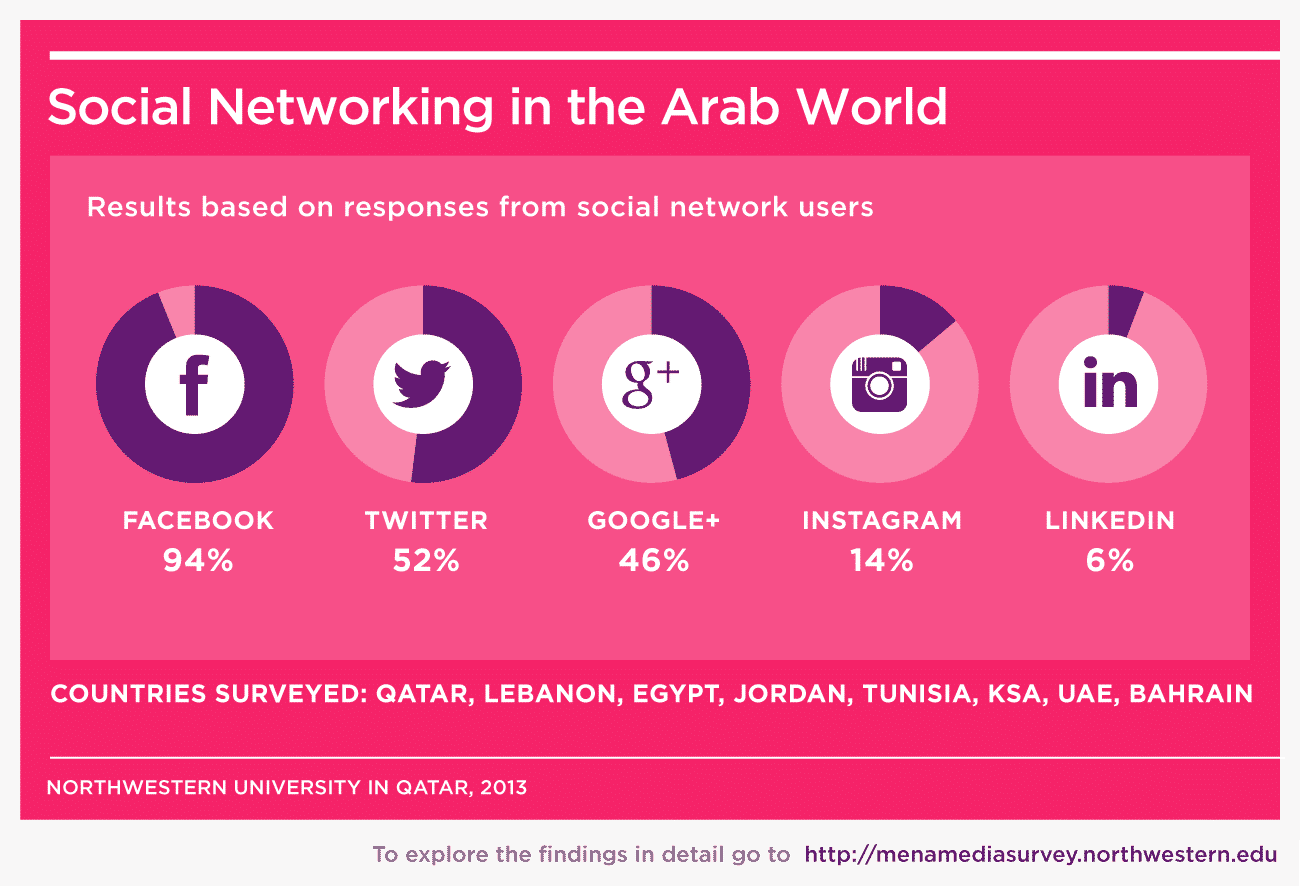 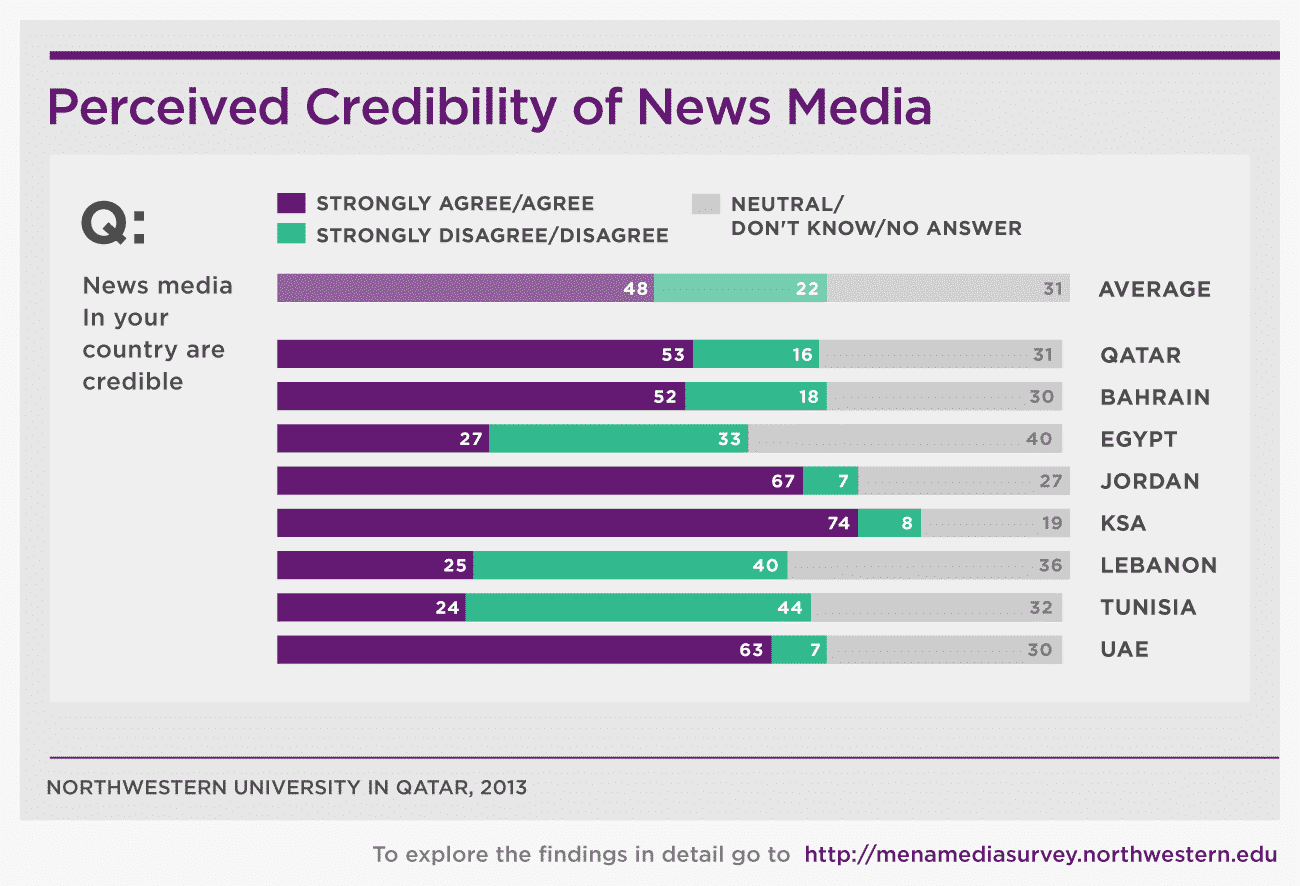 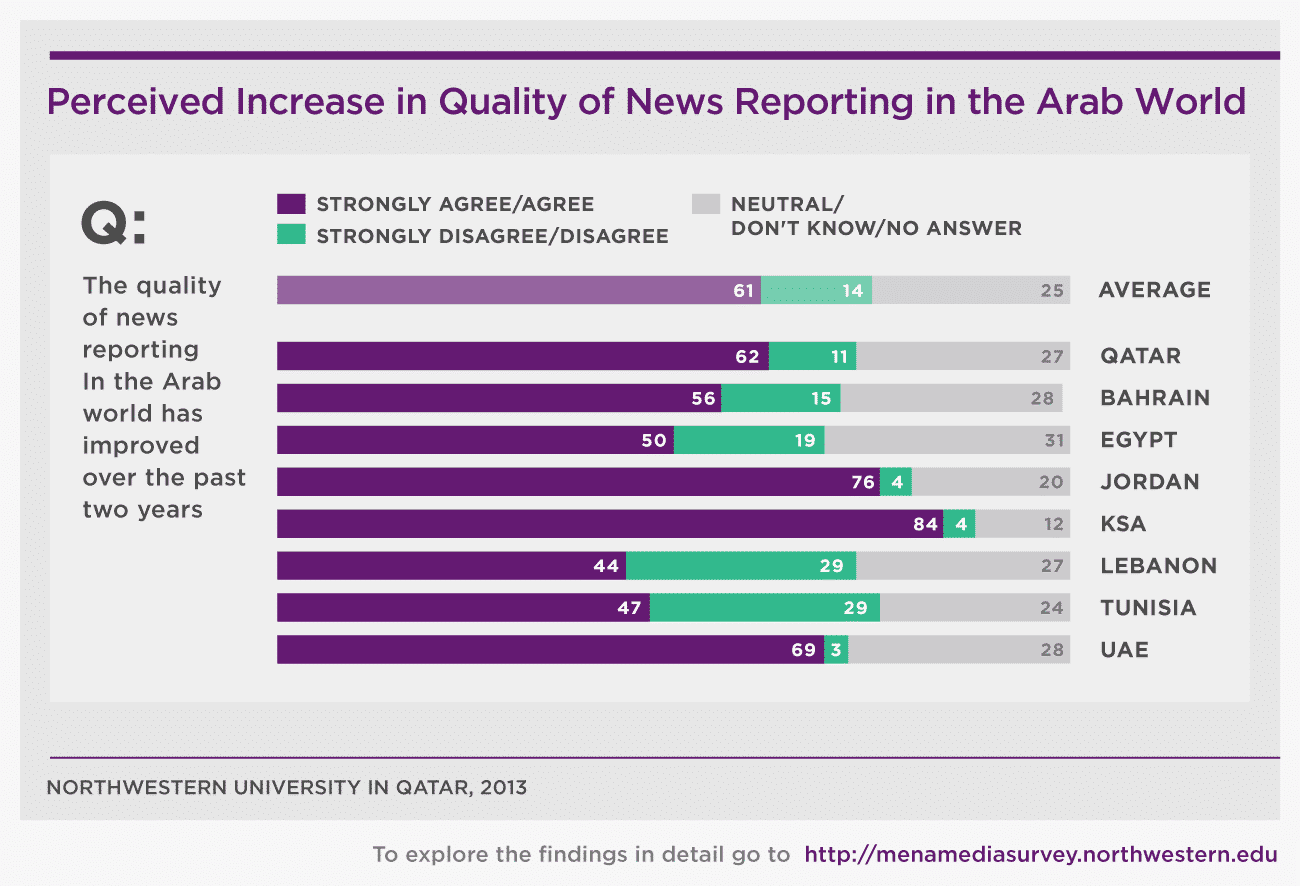 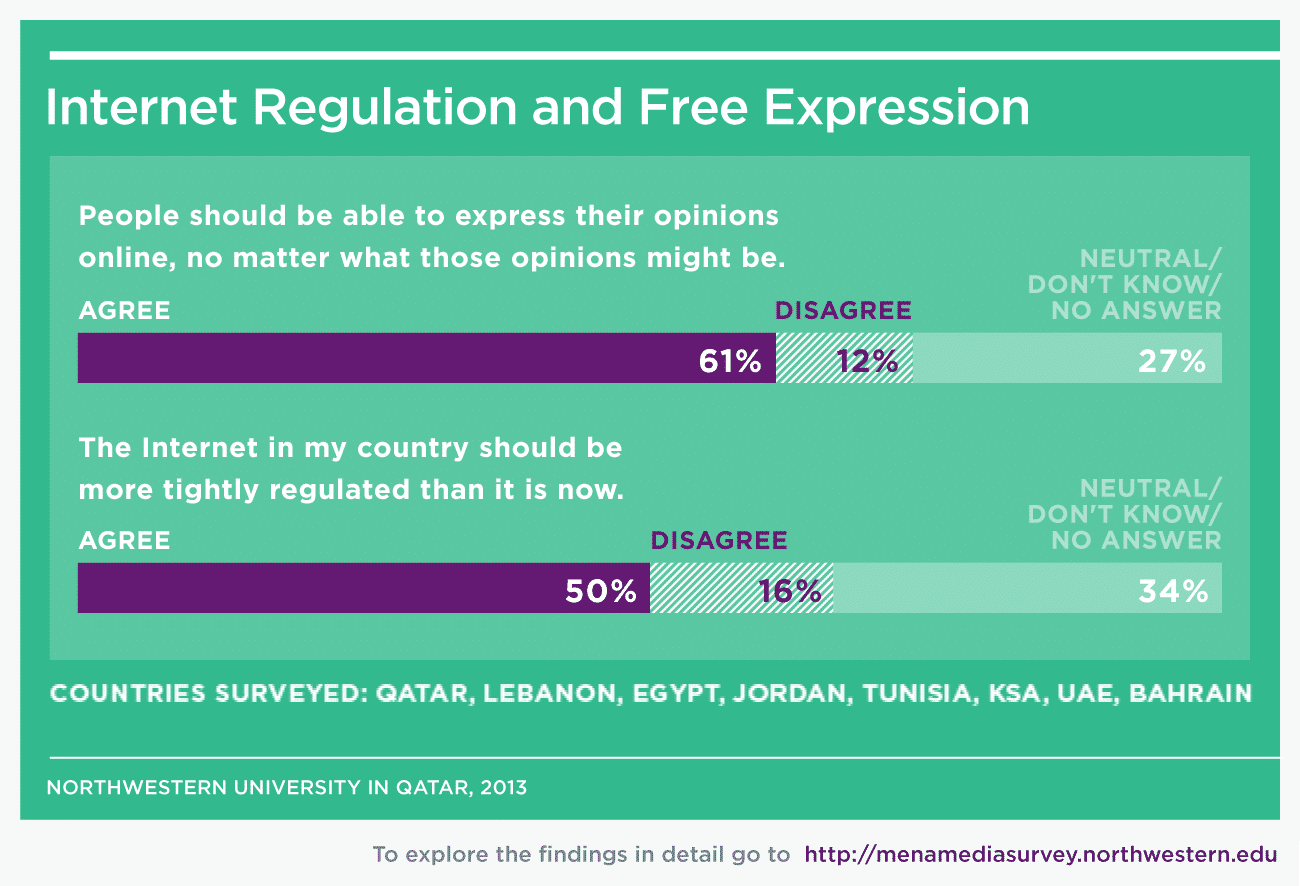