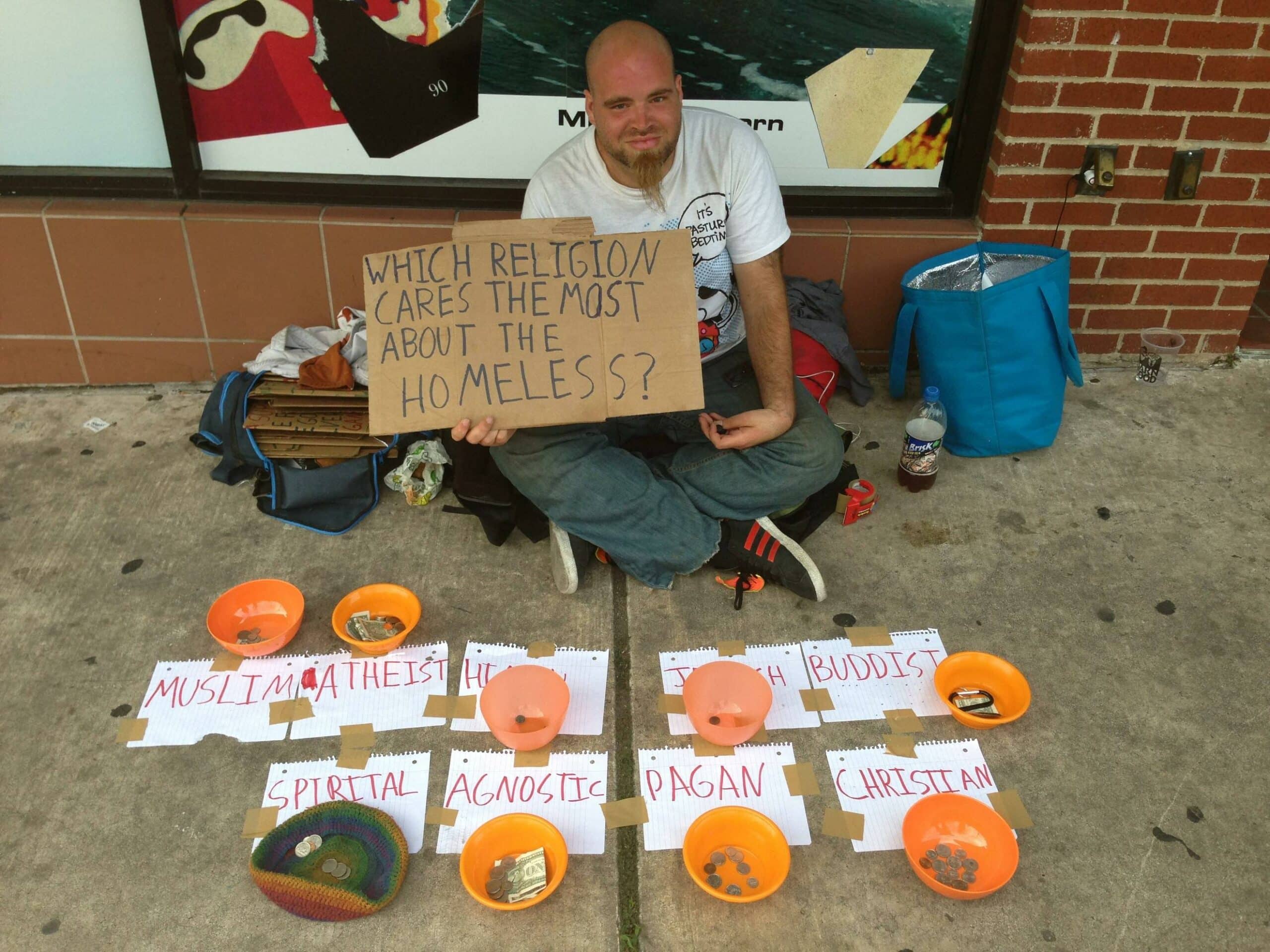 Somewhere in Austin, Texas, there is a homeless man named James who is performing something of a social experiment. James has laid out nine bowls in front of him, each labelled by faith: Christianity, Buddhism, Judaism, etc. The sign he is holding reads “Which religion cares the most about the homeless?”

Which group is winning so far? Survey says: Atheists.

This story is brought to you by the vibrant Atheism community on Reddit, over at r/atheism. User Ventachinkway passed James on the street, and snapped the above photo of him. He posted it to the forum with the caption: “When I passed him he proudly announced ‘The atheists are winning!’ ”

“The atheists seem very competitive. For them, it’s all about the competition,” James reasoned, but whether or not the Atheist passersby were genuinely good-hearted, just wanted to stick it to religion, or somewhere in between is unknown.

Now, the homeless Atheists giving experiment isn’t exactly the most scientific poll, but this one is. It’s a UC Berkeley study that found that Atheists and Agnostics were actually “more inclined to help their fellow citizens” than people of faith. The moral of this story? Shape up or ship out, religious folk!