Friends of murdered teen Parwhine Lucia Mejia Kaur were shocked to log into Facebook this week and discover that the girls murderer may have hacked her Facebook page.

The 18-year-old girl from Malaysia was found dead last week. Police found Kaur lying face down in a storm drain in Bandar Puchong.

Police investigating the crime discovered the girls belongings scattered around her body. Police also documented a cut on the front side of Parwhine’s neck.

Friends and family were dealing with the young girls death when on Wednesday someone hacked her account and posted the following message: 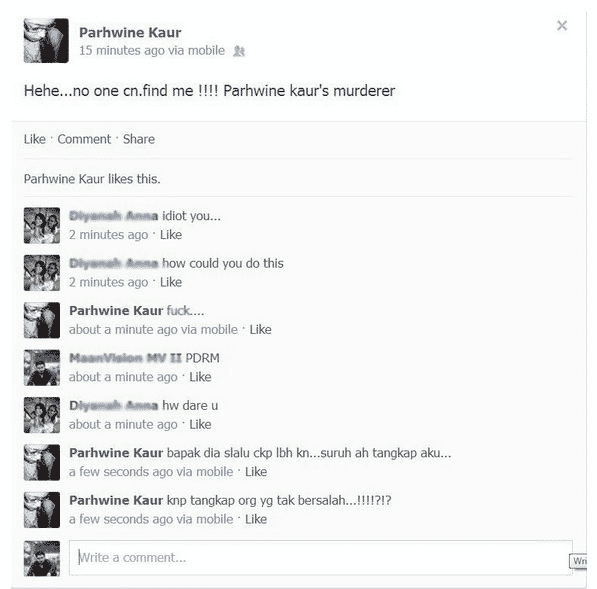 Kaur’s Facebook page has remained dormant since the Wednesday posting. If the killer is caught the IP address they used to hack the account at the time of the post could be used to help in their prosecution.