A new Google+ commenting system has debuted on the company’s Blogger platform, a likely attempt by Google to compete with Facebook Comments which debuted in 2009.

At this time the Google+ commenting system is only available on Blogger. The system actually offers some nice integration, pulling in Google+ comments automatically to a users blog post.

Google has not yet launched Google+ commenting on all of its official blogs, likely because the platform is being beta tested.

According to the Google+ team the new feature will allow website visitors to “see activity from direct visitors, and from people talking about your content on Google+.”

While Google+ is late to the commenting game the first comment widget to roll out is much more sleek than Facebook’s own system. Comments for example can be sorted by popularity or “newest first” options. Users can also search from replies that people in their own Google+ circles have left on the website post.

Nested comments are also available but only through the first level.

Another cool feature, users can comment publicly or just share their comments with Google+ circles they choose to share with. This means you can engage with strangers or your group of friends who might appreciate a private conversation about a topic you already like to discuss among one another.

If you are using Blogger as your blogging platform of choice you can switch on Google+ comments directly from the Blogger Dashboard. Old comments are auto imported into the new widget so you really have nothing to lose and increased engagement to gain.

Hopefully the Google+ Commenting widget will light a fire under Facebook’s collective butt. The social network has created a nice simply to implement commenting system but it is still far from user and admin friendly.

Here is the new Google+ Commenting system in action: 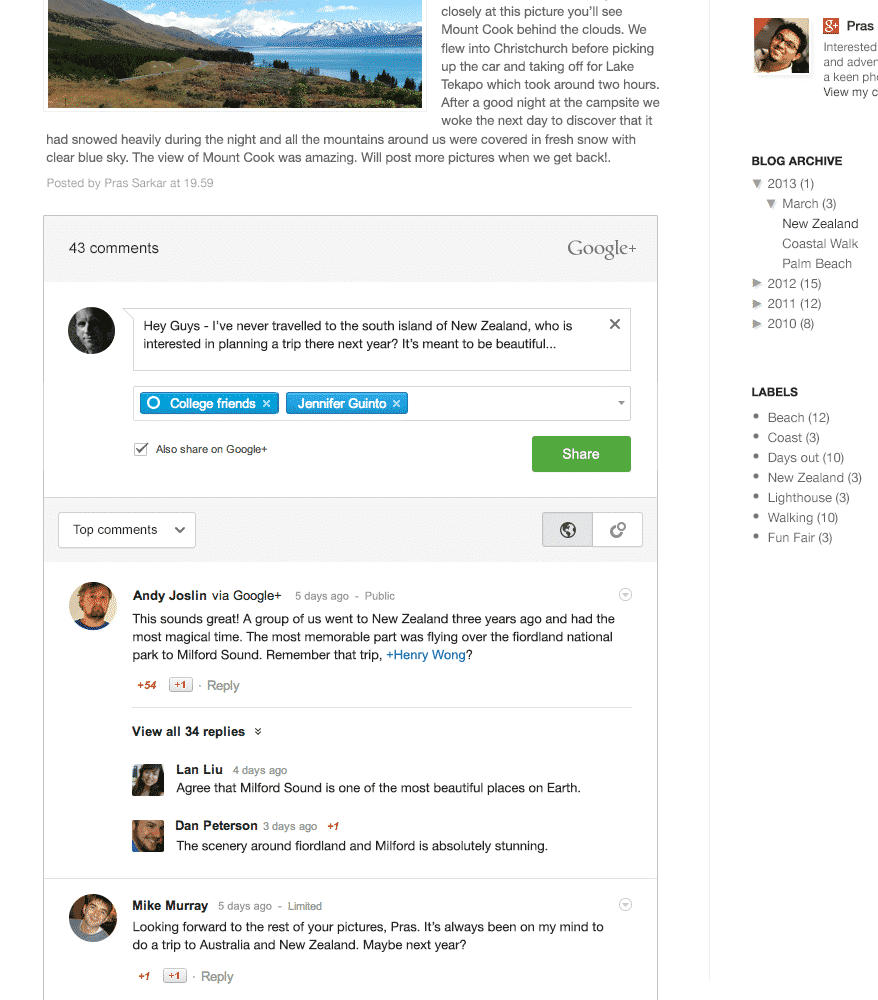