One of the best Westboro Baptist trolls we’ve seen in a minute was not the work of idle hands belonging to members of the Internet hactivist collective Anonymous (not in a way that counts, anyway). The truth is not nearly as sexy, and really kind of embarrassing when all is said and done.

After the Boston Marathon bombings on Monday, Westboro Baptist Church announced that they would picket the funerals of the three people killed in the attack (one of whom was an 8-year-old boy). According to Westboro, God sent the bombs because blah blah homosex, blah blah insanity.

Anonymous has gone on the offensive against Westboro in the past, and announced on their Twitter handle @YourAnonNews that they’d be doing so yet again after the Boston Marathon.

If #WBC protests the Boston funerals, they will have to expect us.

We don’t know anything about the funerals yet, but we can tell you that Anonymous is serious about showing up and forming a human wall (they’ve done it before) while Westboro Baptist has promised to appear in protest at several past engagements, only to ultimately flake-out as no-shows.

Now onto the Facebook page, the truth of which is just seriously depressing.

Since the Anonymous announcement after the Boston Marathon bombing, this Facebook page has been shared, liked, and covered by media publications nearly non-stop, evidence of Anonymous delivering justice to the Westboro Baptist hate mongers once again. 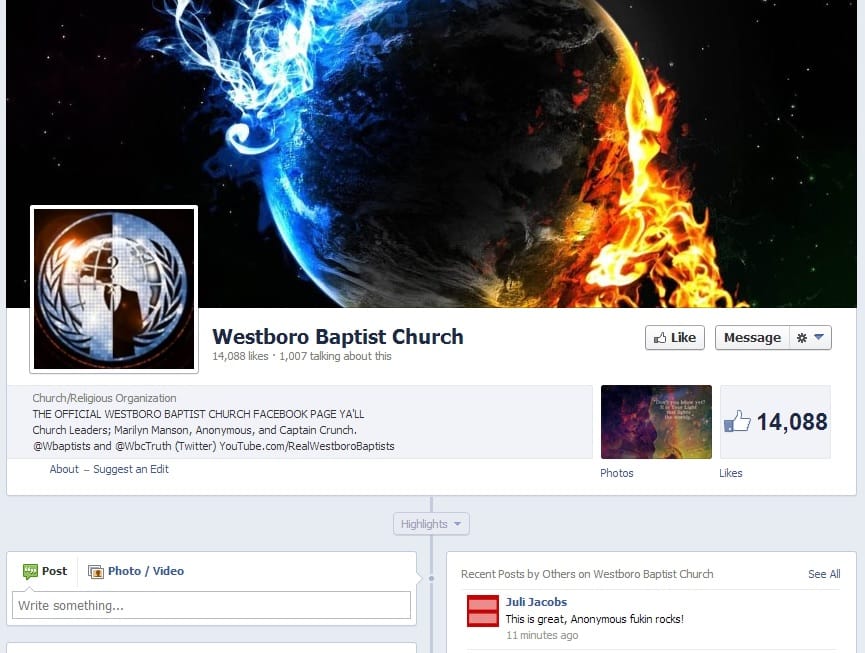 Except, this page never belonged to Westboro Baptist. It’s a parody page that was registered last December.

The page, insofar as we can tell, is definitely controlled and moderated by a branch of Anonymous, and has been since its inception. Scrolling through the timeline, you’ll notice that all of the links and posts are anti-Westboro in nature, meaning it was never anything but an Anonymous page.

Mother Jones was the first to notice the page’s true nature, but it was too late. Since the Boston Marathon, the page has gained over 7,000 new “likes.”

No need to go and “unlike” the page, though. In fact, if you’re a fan of Anonymous, it would make sense to go and “like” it anyway, because like all things Anon, it’s hilarious and informative. We just wish the story was “Anonymous hacked Westboro Baptist’s Facebook page and gave it a beautiful makeover.” 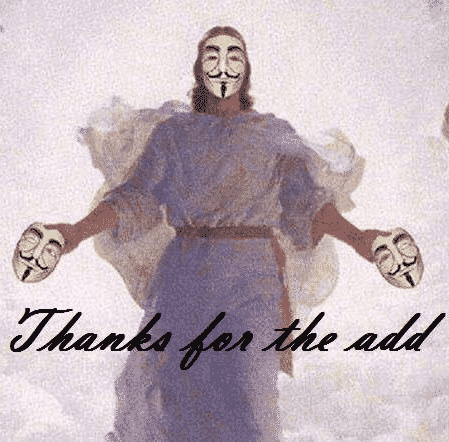