One Wisconsin dad probably didn’t expect a humble photo of him literally standing behind his son in an anti-bullying post to go viral on Facebook, but such is the power of social media.

Matthew Bent posted a photo of himself standing behind his son, Shiloh, who was “bodyslammed 3 times” by a bully after he entered a section of his school called “the lion’s den” by law enforcement authorities. Bent says that neither the school nor authorities have done anything substantive regarding his son’s bullying, which inspired him to take the story to social media. 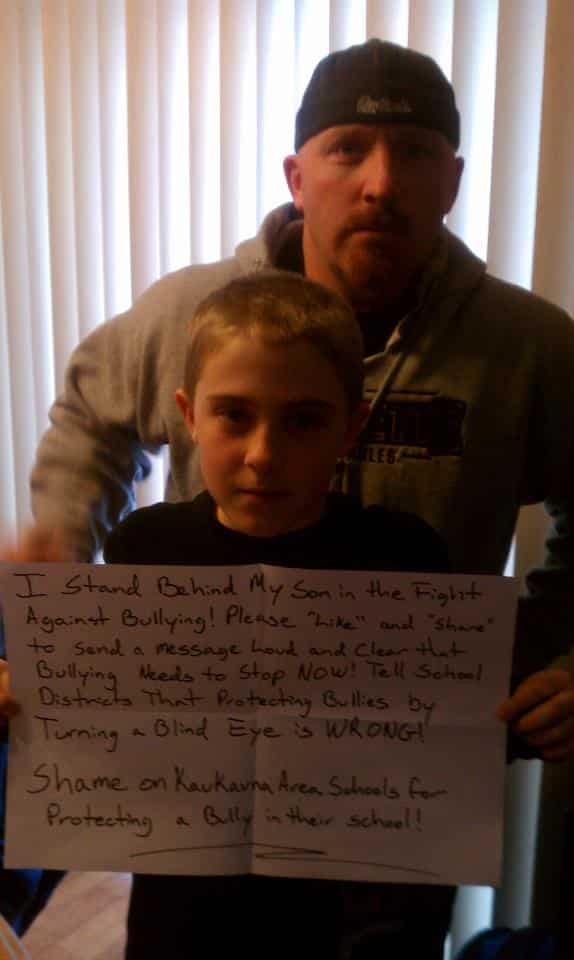 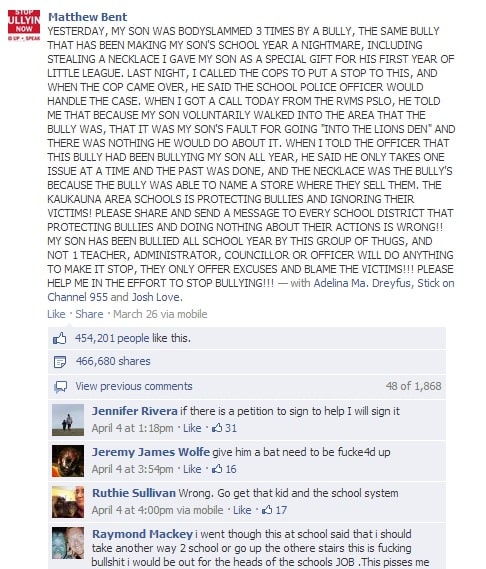 The post was originally published on March 26, and has since gone viral with nearly 1 million likes and shares. Additionally, Bent’s anti-bullying photo has attracted national attention, resulting in an interview on the TODAY show. 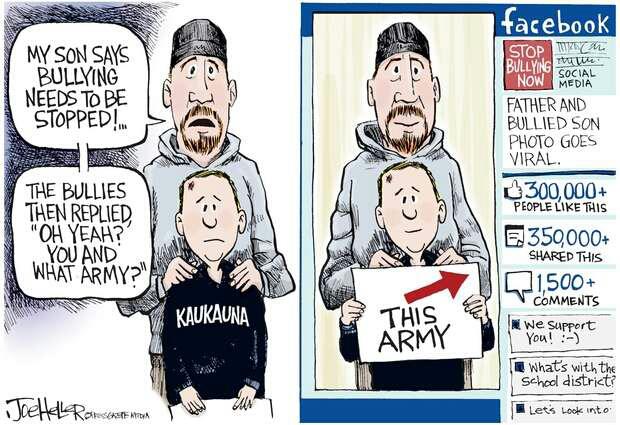 Bent has partnered with the anti-bullying organization Stop the Hate, Spread the Hope, and is encouraging parents everywhere to tell their children that it’s okay to tell them if they are being bullied.

After the story received national attention, the school district in question reportedly looked into the incident. “We, as a school district, understand the deep frustration that the father, the mother and the son, as well as the community, are feeling about an incident like this, as well as perhaps others,” said a spokesperson. “However, it is not fair to say that River View Middle School and the Kaukana-area school district are protecting bullies and ignoring the victims.”

The spokesperson added that “the matter has been brought to a satisfactory resolution.”

Check out Matthew and Shiloh Bent’s interview on the TODAY show below, and visit their Facebook page here to keep their anti-bullying effort strong.

Visit NBCNews.com for breaking news, world news, and news about the economy