Ribbon, a payment platform that allows users to make payments for products via Twitter, without ever leaving the micro-blogging platform, launched on Wednesday morning. Shortly after its launch the service was cut off from the Twitter API.

Ribbon co-founder Hany Rashwan was quick to confirm that Twitter hand in fact shut down the service, noting that Ribbon was already attempting to contact the social network about any potential issues.

Since Ribbon relies on the Twitter API, specifically the Player Card model, it is possible that the service violates Twitter’s Terms of Service (TOS). Twitter often shuts down services that conflict with its own interests. Ever since Twitter Cards began making their debut analysts have speculated that they were being developed to create future revenue streams for Twitter.

Previously Ribbon had allowed users to click on links that took them to a simple one-page checkout. On Wednesday the company avoided the need to leave Twitter thanks to card functionality.

Users who expanded a Twitter card for a full view were met with a “Buy Now” button. Users simply entered their email and credit card info and then clicked “Pay” to complete the process. The company had hoped to increase conversion rates by not forcing users to another payment platform such as Paypal or CheckOut.net.

The links that were created now allow visitors to click a “view on web” link taking them to the Ribbon.co checkout page.

“At around 12:24 PM PST, with no heads up, our integration of Twitter Cards was taken down, and now Ribbon links go back to Ribbon.co without the in-stream buying experience.

Before we released this, we made sure to validate our Twitter Card implementation (screenshot below), and all lights were green. We’ve had discussions with Twitter in the past, and are eager to find a way to work together. This is clearly something that’s good for not only Twitter, but also for Twitter users all over the world.

We look forward to seeing what happens in the future regarding this.” 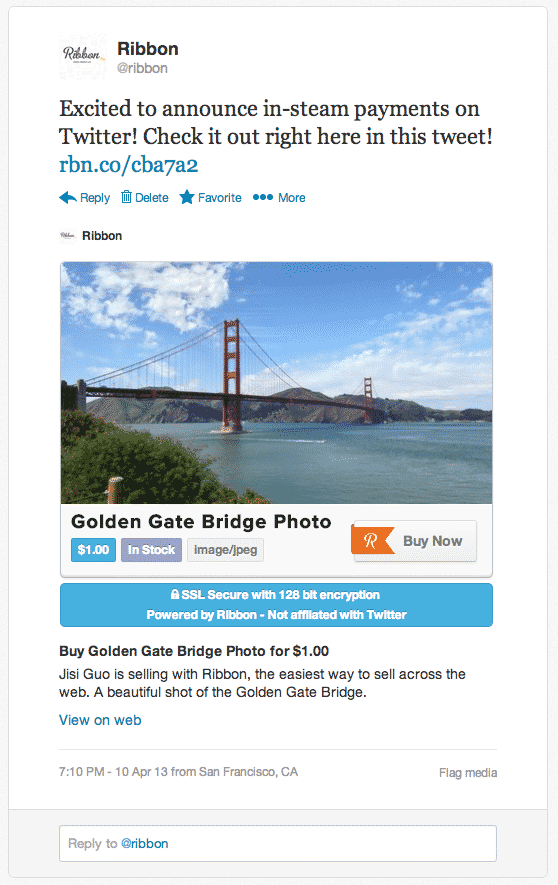 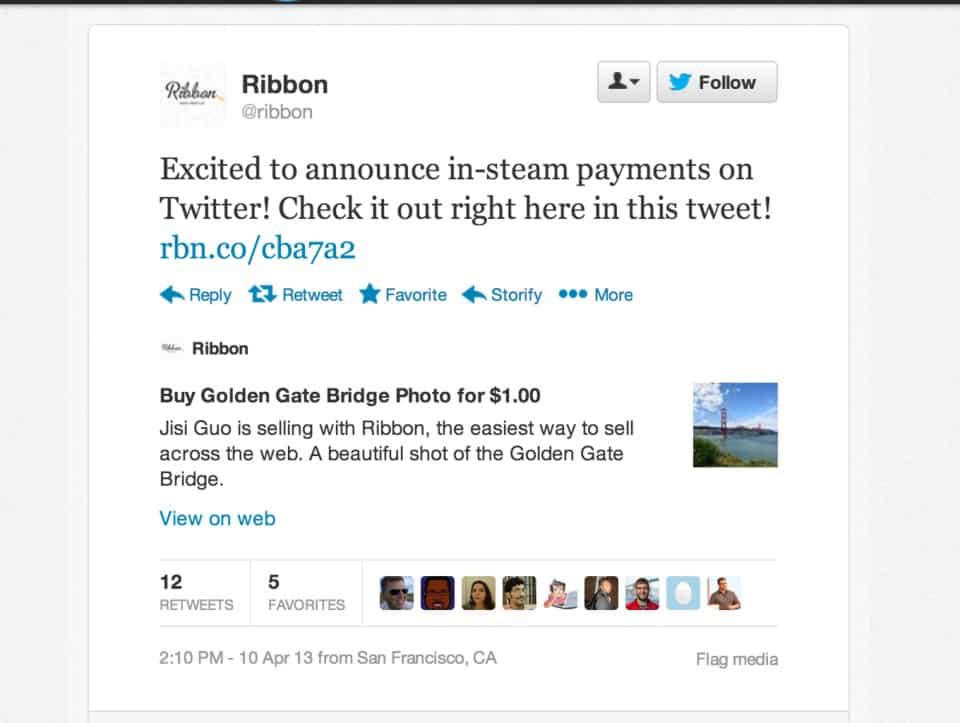 Do you think Ribbon deserved to have its account so quickly shut down by Twitter? Do you think this means Twitter is preparing a similar payments service of its own?