by Neal Campbell 10 years ago8 months ago

A while back Facebook started asking different questions in the Status Update Box. Sometimes it asks how I’m feeling. Sometimes it asks what’s on my mind. It’s an awful lot like going to a therapist. Soon, if you don’t have it already, you will have the option to select a mood using an emoticon.

Facebook begin rolling out a new feature a few weeks ago although most Facebookers don’t have it yet. A number of people who have the new status update box have tweeted that the new option to set a mood reminds them of the pre-Timberlake MySpace.

wait.. you can add your mood on facebook now? That was my favorite thing about myspace.. im happy again

The update comes with more than just emoticons to let our friends know if you’re happy, sad, or tired. In addition to sharing what we’re feeling we will be able to share what we’re watching, reading, listening to, drinking, or eating from a drop-down menu.

Predictive text will let you select the name of the TV show as soon as you start typing what you’re watching. If you’re watching The Walking Dead, it’s name pops up Facebook will share the show’s logo.

The new feature has a lot of implications for social discovery.

As my Facebook friend or follower you know that my favorite singers are Lennon and Maisy Stella. If you also like Lennon and Maisy, and you see that I’m listening to Kat Edmonson, along with a link to her Facebook page, you might check out her music.

“Facebook was canny enough to realize that traditional emoticons are quite bland,” says Jones. “At Pixar we consider emotional states every day with every drawing we make. Our work is informed by the years of study we do, constantly studying people’s gestures and expressions in real life.” 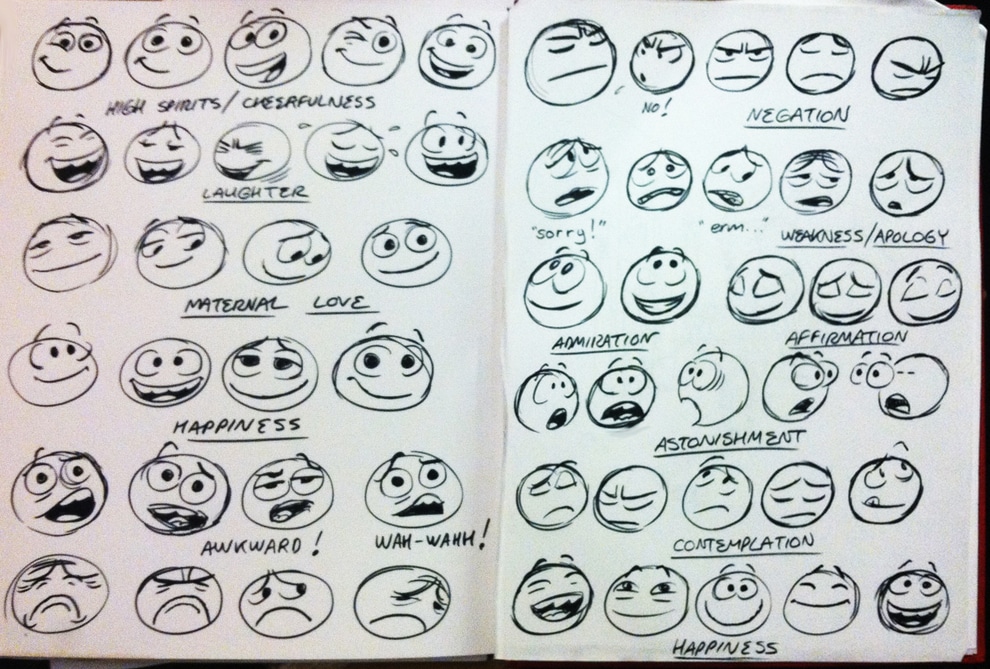