Twitter purchased Vine is October 2012 and launched the service on its platform in January 2013. Four months later and the program is now the top downloaded free app in the Apple App store.

Vine allows users to create GIF-like 6-second clips that can then be shared on desktop and mobile devices.

Vine has since been temporarily removed from Apple’s featured section after adult content surfaced, only to climb its way back to the top of the iOS app list.

News of Vine’s climb to the top was revealed by co-founder and Creative Director Rus Yusupov:

Hey guys, remember that time we made the No. 1 most popular app in the world? @ckb @dhof @bobby @vineapp twitter.com/rus/status/321… 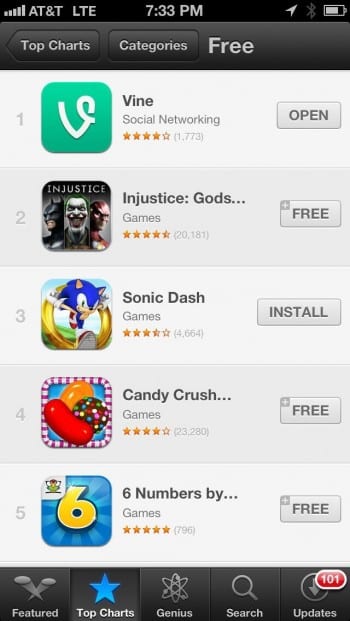