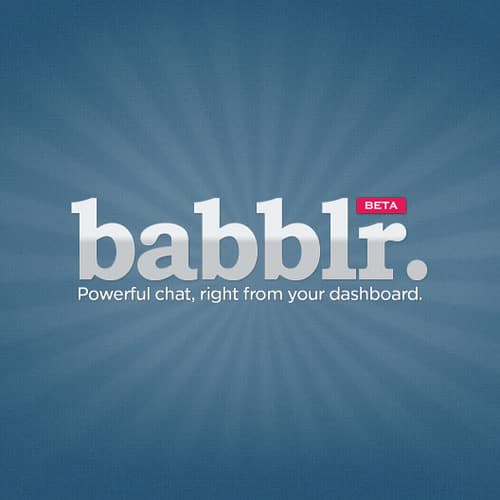 Recent reports have suggested that younger internet users are flocking to Tumblr over Facebook. Now the Tumblr-based API app Babblr may give those users yet another reason to ditch Facebook in favor of the Tumblr platform.

The program is currently in closed beta testing and integrates with Tumblr via a Chrome extension. The extension pulls up a users list of contacts and allows them to choose who they talk with. Users can also group users, for example you can have a “family” list and a “co-workers” list.

Tumblr in the past said that users want to reblog stories instead of chatting, Blabbr could prove that statement wrong.

Babblr will launch in a few weeks. The Babblr platform was co-founded by Brandon Sowers, Brett Williams, and Trevor Clarke. All three men work together at social good e-commerce website Sevenly.

Are you ready to chat with your Tumblr friends in real-time?