by James Kosur 10 years ago8 years ago

North Korea might not be dropping nuclear bombs on the United States just yet but they are probably dropping F bombs over at their computer network sector. In continuing its attack on the country’s oppressive regime the hacktivist group Anonymous took over the countries propaganda accounts for both Twitter and Flickr on Thursday.

The two social networking accounts belong to Uriminzokkiri, the same group that Anonymous stole 14,000 users’ records from earlier in the week.

Shortly after the accounts were hacked by anonymous the group posted the following photograph of North Korean leader Kim Jong-un: 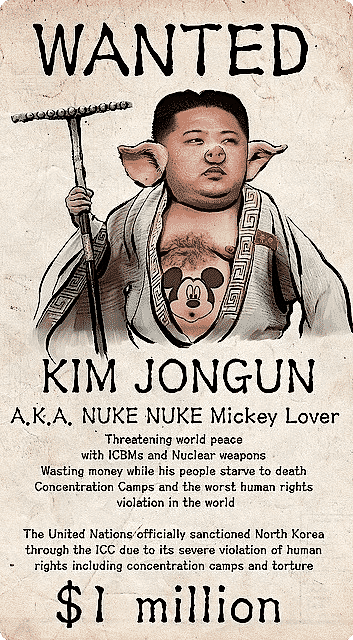 The Flickr stream was only reclaimed by the North Korean propaganda agency after various insulting images were posted.

Hours after the attack North Korean leaders were still working to regain control of its Twitter account. The Twitter profile was changed to feature a picture of two tango dancers wearing Anonymous Guy Fawkes face masks.

At the same time the official Uriminzokkiri website was unreachable, perhaps at the hands of anonymous once again.

More attacks are planned for April 19 and June 25.

In all fairness Anonymous did warn North Korean leadership that another attack was on the way.