by Kim LaCapria 9 years ago3 weeks ago

Facebook sex crimes seem almost passé as an issue in that internet sexual predator panics feel like a vestige of the dial-up AOL era — but news out of the UK suggests that social media may be a factor in a growing number of the cases.

It seems that Facebook sex crimes always make the news, and the instance of an actual Facebook or Twitter-dependent case are infrequent. But British press suggest that in truth, Facebook and Twitter are growing breeding grounds for the predators who once might have stalked a dark street or desolate stairwell have moved to social media to hunt prey.

One media query into the matter in the UK claimed that Facebook sex crimes are skyrocketing, and the report cites some relatively small numbers to support the suggestion:

… and the number of alleged rapes involving Facebook and Twitter rose from 22 in 2009 to 117 last year … Detectives say personal information on the sites is being used by predators to identify vulnerable girls or women and gain their trust.

The report continues, adding that many victims of alleged Facebook sex crimes are horrified to learn of their own victimization via social media sites:

The figures, released by 25 police forces across England and Wales, suggest that some victims only found out what had been done to them from gloating messages left on Facebook by their attackers. 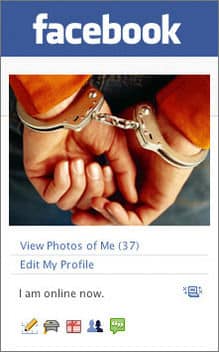 What isn’t clear is whether the actual instances of Facebook sex crimes are increasing overall by law enforcement measures (and if social media eases the likelihood of victimization), or if the rate of sex crimes is relatively constant and unaffected by use of Twitter and Facebook.

Do you think social media poses additional risk when it comes to assault and victimization for vulnerable users?