by Dan Evon 11 years ago4 months ago

Sure, Facebook has some impressive numbers, and there have even been studies to find out just how much a Facebook share is worth, but StumbleUpon is the new king of social traffic. 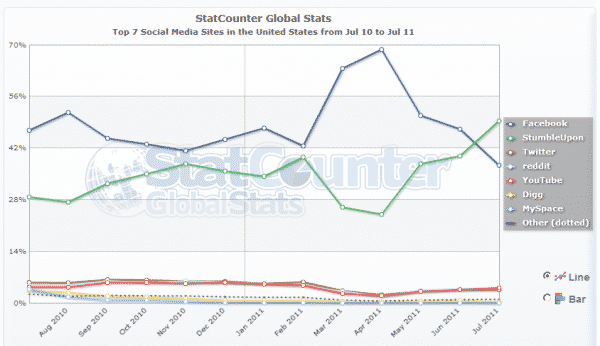 A new study by Stat Counter shows that StumbleUpon generates more views than Facebook. StumbleUpon accounts for about half of all social media traffic, while Facebook, which once generated close to 70% of traffic, now only generates 40% of social traffic.

Facebook is still number one when you look at the numbers around the world. Facebook accounts for more than 60% of social media traffic around the globe. 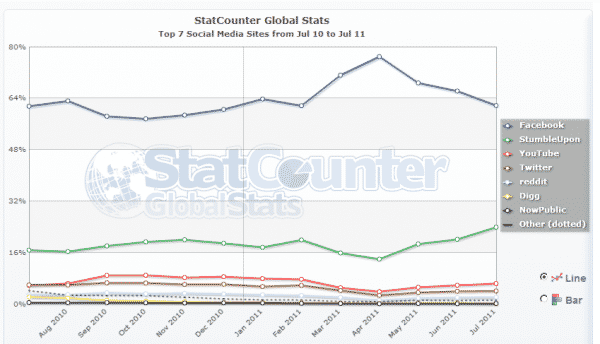 Facebook currently brings in more than 700 million visitors per month, and users are collectively spending more than 250 billion minutes per month on the site.

Here are a couple of StumbleUpon statistics: