Poking fun at Google’s April Fool’s Day announcement that it was closing down YouTube Hurley sent out the following tweet:

Since @youtube is ending, we’re launching a new video site… Welcome to MixBit.com! @mixbitapp This time it’s not a contest!

Hurley claims MixBit is not a YouTube competitor but rather a new way to create videos among groups of two or more people.

“Instead of sitting around, we thought you’d want a new site to not only watch cat videos, but create them… together!” 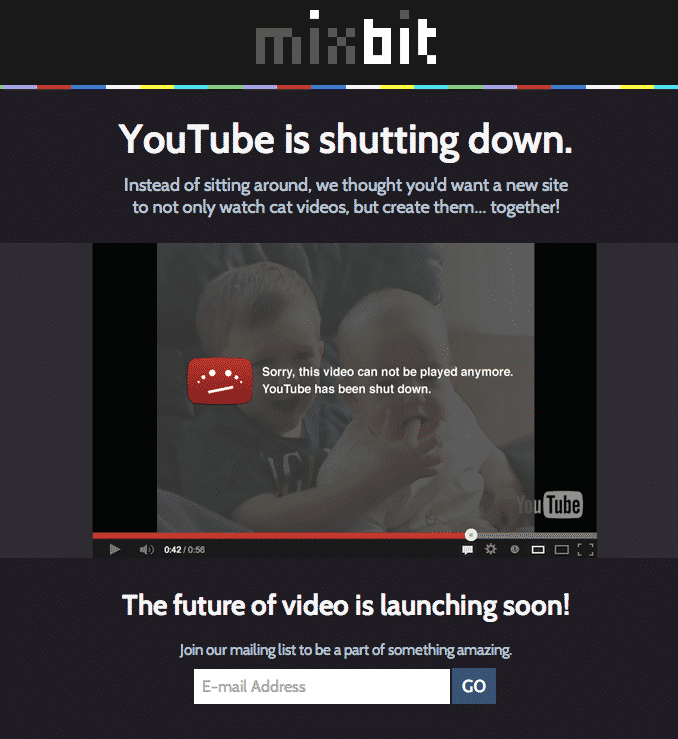 Are you excited to give MixBit and its video collaboration service a try?