Beyonce On Gay Marriage: Let Them Put A Ring On...

As the Supreme Court debates marriage equality several celebrities and politicians have voiced their opinion on the subject. Today, Beyonce posted a message in support of gay marriage on Facebook.

Beyonce posted the message “It’s about TIME!!! #EQUALITY #MarryWhoYouLove” along with the red equal sign on Facebook. 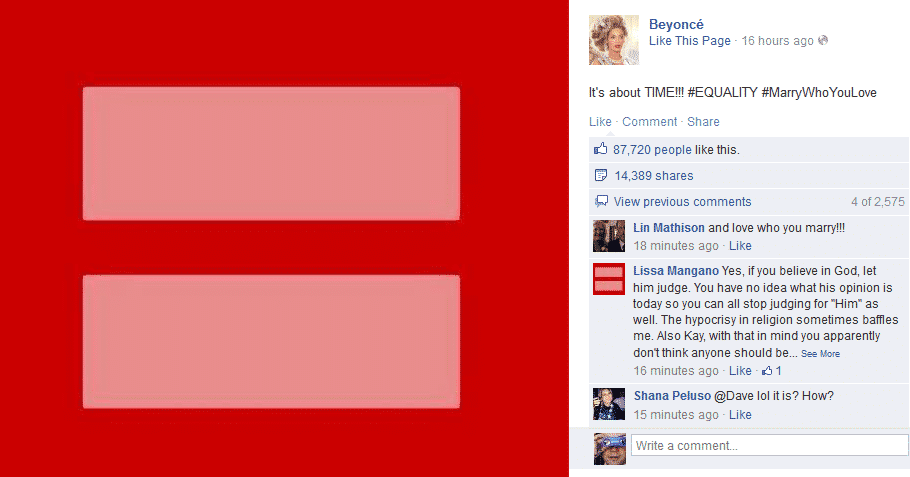 The symbol went viral on the social network yesterday as the Supreme Court took on the case of Proposition 8. Supporters of gay marriage have been using the symbol to replace their Facebook photos. Beyonce didn’t change her profile pic but she did post the symbol to her page.

The singer also posted a hand written note in support of gay marriage.

Beyonce wrote: If you like it you should be able to put a wring on it. We will unite for marriage equality. 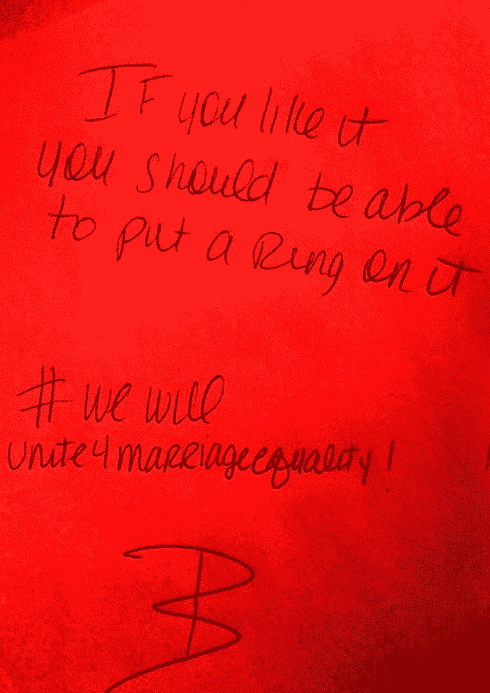