Miami Heat All-Star Ray Allen was giving a post-game interview on Tuesday after his Miami Heat beat the Orlando Magic. Out of nowhere LeBron James videobombed the interview.

Not only did LeBron James videobomb the interview, he made a really funny face that has helped his videobomb go viral on YouTube!

We can’t blame LeBron James for having a bit of fun, the Miami Heat are on a 27-game winning streak and LeBron is destroying his opponents with the type of ease only LeBron could maintain over such a long stretch of playing time.

This isn’t even LeBron James’ first viral video of 2013, in January he tackled a fan in celebration after the guy hit a half-court shot worth $75,000. LeBron also starred in a viral Harlem Shake video for the Miami Heat in February 2013. 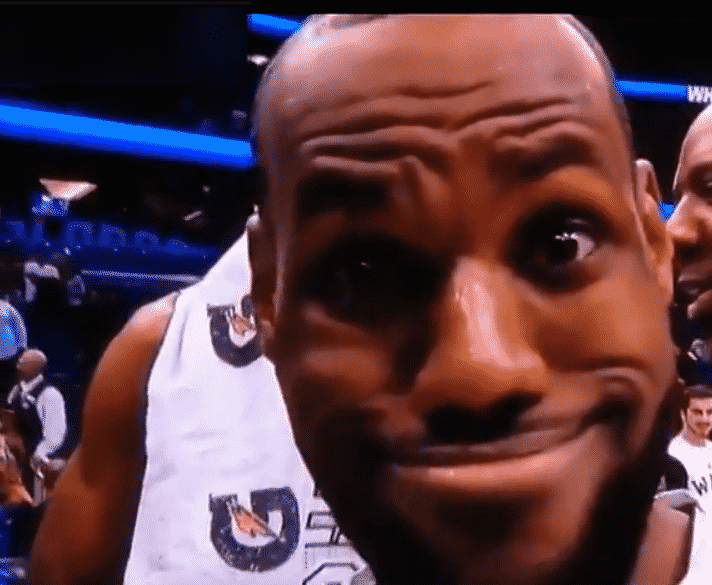 Are you a fan of LeBron James’ viral videos?