Goldbely Launches To Deliver Sublime Restaurant Food Anywhere In The...

by Neal Campbell 10 years ago9 years ago

If you travel around the U.S. hopefully you’ve had unforgettable food experiences that you’d do just about anything to repeat.

For me there’s Westside Lilo’s Cafe with sauerkraut so good I decided whatever I’d had in the past labeled sauerkraut must have been something eles. Then there’s Pizza A Metro in Phoenix, a place with the opposite of drive up appeal. Based on Yelp reviews, I braved the sketchy facade and had one of the best meals of my life. I could name places all over the U.S. where I’ve found really great food.

I am a food explorer, and Goldbely was created for people like me. It’s a curated marketplace that wants to satisfy foodie cravings by delivering the best restaurant food from all over the US to your house.

“We connect serious eaters with America’s greatest food purveyors. Order a pie from Achatz, and they’re baking that pie for you,” Said Joe Ariel, founder of Goldbely. “We have an oyster purveyor in Virginia who literally fishes out the oysters when you place your order.”

Want buffalo wings? How about wings from Anchor Bar in Buffalo, New York, the place where Teressa Bellissimo invented the recipe almost by accident in 1964.

Want a Philly Cheesesteak? Goldbely will send you a couple from Campo’s Deli in Philadelphia, PA. Campos is the official cheesesteak of the Philadelphia Phillies.

“I’ve filled my belly—more pasty than golden—with a half dozen of the best meals from around the country,” said Reddit Co-Founder Alexis Ohanian. “Goldbely changed the way I think about hosting everything from parties to tailgates.”

Food offerings are organized on the Goldbely website into four regions: The Northeast, The South, The Midwest, and The West. 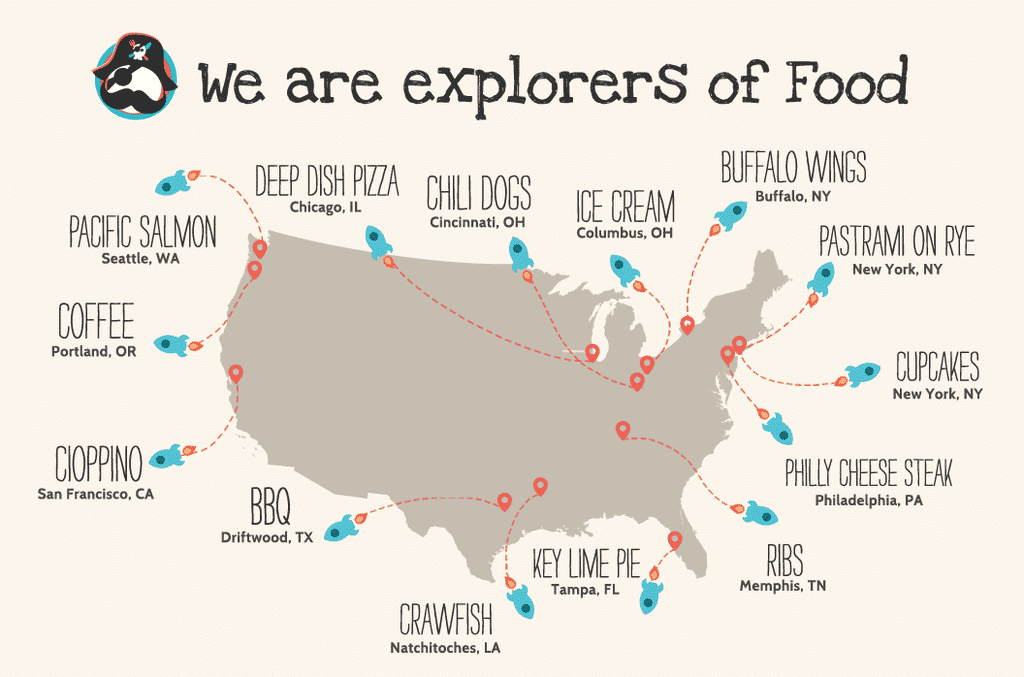 Vendors are carefully screened by the Goldbely team before an item is made available through the service. Only 3% of submitted items have been deemed good enough to be offered through the site.

They like to work with restaurants who already have some experience shipping food to help grow that business through increased exposure and the quality of the Goldbely ordering experience. For deep dish pizza from Chicago, they’re working with Lou Malnati’s. I’ve ordered pizza from Lou Malnati’s for years, but not everyone who loves that deep dish experience knows they can get it mailed to them. Now more people will.

Goldbely is a Y Combinator-backed startup still in beta. In its first four months, it has generated $100,000 in sales and announced today at YC Demo Day that it has partnered with Facebook Gifts. Now when you see it’s someone’s birthday on Facebook, in addition to wishing them a happy one, you can also buy them a fantastic meal, even if you live on opposite sides of the country.

The YC startup’s revenue has doubled every month since launching, and almost 50% of it’s customers are repeat shoppers.

Goldbely was founded by Joe Ariel. Prior to Goldbely, Joe was the CEO of Delivery.com, one of the nations largest local takeout/delivery ordering portals. Under Joe’s leadership, Delivery.com surpassed 1 Million registered users. Delivery.com was acquired by financial services firm Cantor Fitzgerald.

This video shows what Goldbely is all about, but I have to warn you, it will make you hungry.