Facebook on Monday rolled out two new features targeted at FB pages used by brands and businesses and for public Profiles with more than 10,000 followers. The new features allow for replies and threaded comments.

Replies and threaded comments allow the most-commented-on and liked replies to move towards the top of the comment chain. Comments marked as spam are then sunk to the bottom of the reply list.

Facebook started testing the new feature on a few select accounts in November but waited until Monday to begin rolling out the feature to all qualifying users. 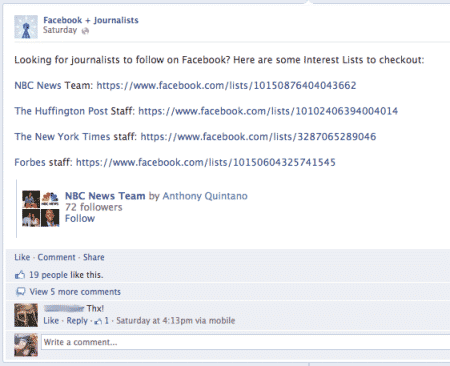 The social network notes that people viewing comments on mobile devices will not be able to reply, and comments will not be algorithmically sorted at this time.

With the new replies feature we could see an increase in the number of Q&A sessions and information polls held via Facebook. Reddit’s AMA (Ask Me Anything) has been very popular for the network and mimicking that type of functionality could be possible with the new replies and threaded comments setup on Facebook Pages.

The biggest benefit for Facebook might very well be an increase in the amount of time spent on the website. The company’s biggest goals are to increase time spent on site and the number of users it attracts.

More time will likely need to be spent moderating comments for many site owners but the engagement offered should far outweigh any extra work.