Charles Barkley May Be Joining Twitter With Capital One

by Chase Williams 10 years ago6 months ago

Even though Charles Barkley announced on his website that he doesn’t Tweet, it’s possible the former NBA star might very well change his attitude after taking on the position of Capital One spokesman.

Marc Mentry, Senior Vice President of Brand Marketing for Capital One, said in an interview that “I think he’s going to [join Twitter] as a part of this. We hope he’s pretty out and proud in terms of what he’s doing.”

Barkley had this to say in the video he posted on his site,

… I don’t Facebook, I don’t Twitter, I don’t even TiVo … Tweet is for losers. And what I mean by that, if you wake up in the morning and you’re worried about what I’m doing, you a damn idiot. You are a damn idiot. I don’t feel the need to put every thought that comes in my head out to the world. I don’t feel that. And I hope nobody wakes up in the morning and says let me follow Charles Barkley for the day.

It would definitely be a smart move for Capital One to get Barkley more involved with social media. As we all know, social media is huge part of marketing campaigns nowadays and Capital One certainly isn’t a stranger to the networks. At the time of writing this post Capital One had 2,921,643 likes on Facebook and 68,853 followers on Twitter — not too shabby.

If Charles Barkley isn’t up to the Twitter challenge one other may be. Sir Charles Barkley doesn’t play basketball or endorse Weight Watchers, but he does enjoy playing with chew toys and racking up followers on Instagram. 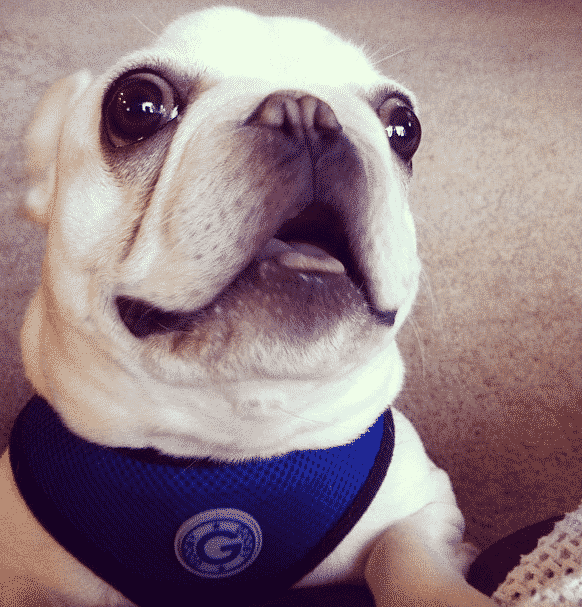 This French Bulldog has over 7,000 followers on Instagram and isn’t ashamed of putting himself out there and updating the world on his daily activities.

Will Charles Barkley change his tune and begin Tweeting, or can we expect him to stick to his guns? Perhaps Sir Charles Barkley the bulldog has something to say about this?

We heard back from Sir Charles Barkley the French Bulldog. This is what he had to say: 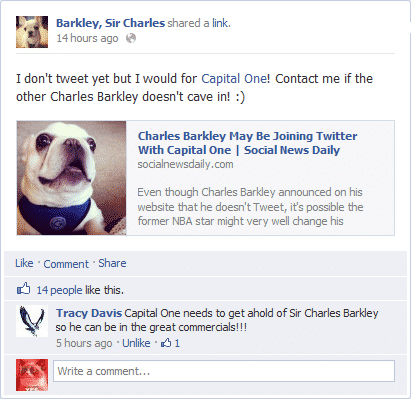 Chase Williams is a serial entrepreneur, professional procrastinator, dreamer, explorer and risk taker. He's been weightless aboard a NASA C9-B aircraft and his head hasn't quite come back down from the upper-atmosphere. To keep up with his low-oxygen chatter, follow him on Twitter @ChaseHWill